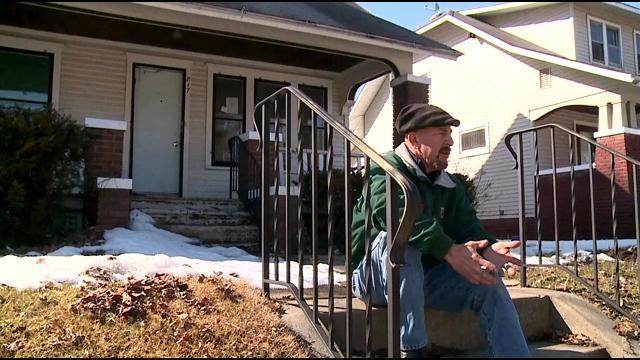 A South Bend resident found out a home he was interested in was on the city's list of vacant homes to be demolished, he decided to try to buy it and turn it into his dream home.

Terry said he fell in love with the home's charm and character.

But when he found out it was about to be demolished because it was on the city's vacant homes list, he immediately stepped in.

“In a few months, it will be a beautiful home,” says Terry.

Since he learned the shocking news of his dream home being contracted for demolition, he's been trying to stop that from happening.

He believes an empty lot won't help beautify his area. So now, he's working with the city and his bank to make this dream come true.

So, now the the help of the Mayor's office and the Department of Code Enforcement, it's getting closer to coming true.

Terry says he's not only getting a home to proud of out of this, but he's also helping his neighborhood by keeping this house from turning into a vacant lot.