Man shot in leg while getting dropped off at relatives house 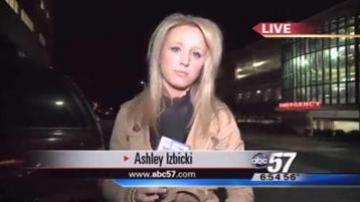 SOUTH BEND, Ind. -- Police said a man was getting dropped off at a relative's house late Thursday night when he got shot in the leg.

Officers said he may not have been the intended target, just an inncocent bystander who got caught in the gunfire.

The original call to dispatch at 10:30 p.m.  came in as shots fired, but police said when they got to the scene on W. Fishers St., near Sample St., they did not find anything since the man's wife drove him to the Emergency Room.

After hospital officials called police, saying a man had walked in with a gunshot wound, officers went back to the scene to investigate.

Neighbors told police two men were walking down the street and started shooting.

Police said they found two different types of shell casings, and about 40 in total were littered in the street.

No arrests had been made as of Friday morning.