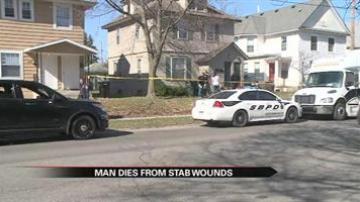 SOUTH BEND, Ind. --- Police say the man who was stabbed Friday morning died after being removed from life support.

He was identified as 35-year-old Mario Kinds.

According to investigators, Kinds tried to force entry into a home on Portage Avenue after already being told to leave.

The woman home at the time told police that she and Kinds did not know each other but she did allow him inside to drink alcohol and do cocaine.

She told police that after Kinds left, he reentered her home and forced her to perform a sexual act.

According to police, that's when she fought back by stabbing him with his own weapon.

The prosecutors office is not releasing the name of the victim in this case since there was a sexual assault involved.

She will not be charged.