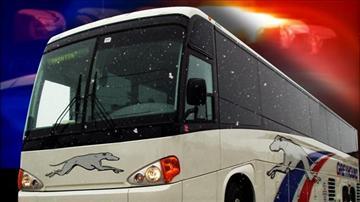 WATERTOWN, N.Y. -- Instead of buying a ticket for a ride on a Greyhound bus, a man from New York just decided to take matters into his own hands.

He chose not to pay and not to ride. Instead, he got behind the wheel and used the bus as his own personal ride!

It turned out he had his commercial driver's license and knew how to drive the bus!

What he didn't know is that Greyhound can electronically stop those buses in their tracks allowing police to move in quickly.

It was a tough lesson learned for the real bus driver who left the half-million dollar bus running!

Police said he was on his way to visit a friend for Christmas.