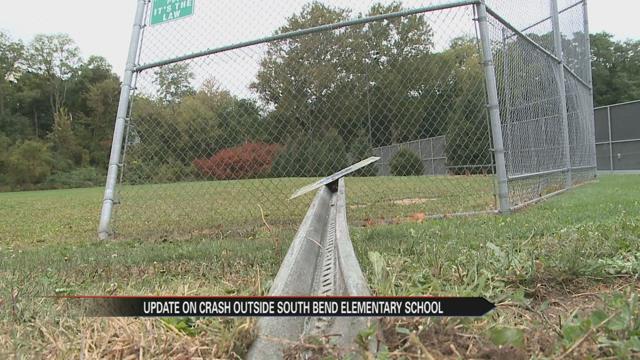 SOUTH BEND, Ind. -- South Bend Police say an unidentified man suffered what might have been a heart attack while he was driving near Madison Primary Center in South Bend on Friday.

Officials say he managed to veer his car away from the students getting off of buses and into a fence at nearby Leeper Park.

“Instead of driving into all of our kids that were getting off of the buses and stuff, he knew, I mean it was apparent that he knew he was in distress and he tried to pull into the parking lot,” said Madison Primary Center Principal Deb Martin.

Martin, the school nurse and a number of parents rushed to the scene to help the man who was unconscious and stuck in his car with his foot on the gas pedal.

The school nurse, Jennifer Steinberg, attended to the man with medical equipment from her office while another nurse who was nearby parking for work at Memorial Hospital assisted her.

The man was taken to Memorial Hospital but his identity and condition are unknown.

Martin said the police and fire department told her it was the best case they had seen where civilians responded to an accident.

Steinberg, who was a hospital nurse for 30 years before coming to Madison, said she was thankful for her training and hoped the experience would teach the students a lesson.