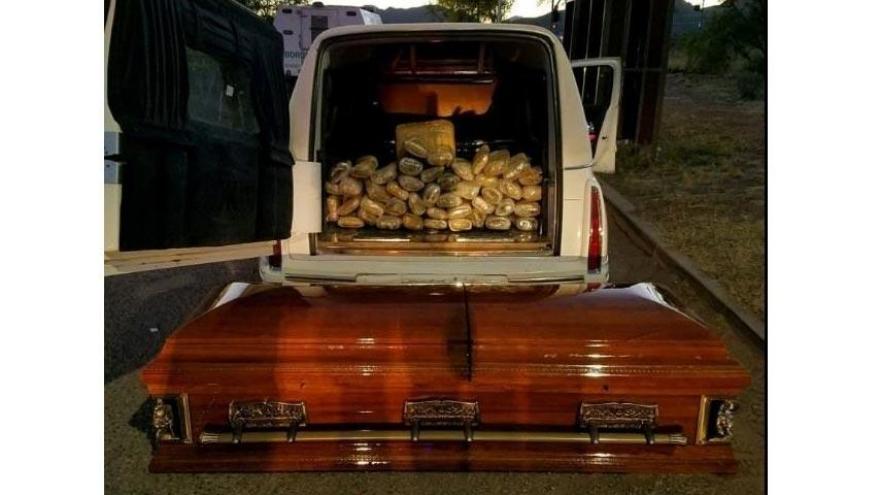 (CNN) -- Sometimes you have to set aside the whole "illegal smuggling" part for a minute and just admire the ingenuity of our nation's criminals.

An American man - a very bad hombre - was arrested over the weekend after trying to smuggle 67 pounds of pot across the Mexican border ... in a coffin in a hearse.

First, 67 pounds of marijuana is a LOT of pot. $33,000 worth. Enough to get Snoop stoned for at least a couple of weeks.

Second, a hearse? Points for originality and utility.

He had to assume that no one would ask questions if he was carrying a dead body to its final resting place. Only there was no dead body in this casket - just bricks of marijuana alongside bricks of manure he assumed would hide the odor.

His efforts, while intriguing, weren't enough to keep the suspicious eyes of the border agents, who seized the marijuana and hearse during a immigration vehicle stop near Tombstone, Arizona, over the weekend.

Also - somewhat unrelated - unless your parents own a funeral home, how does one get their hands on a hearse? Is therr a Craigslist tab for that?

The 28-year old male driver is behind bars facing charges of narcotics smuggling.