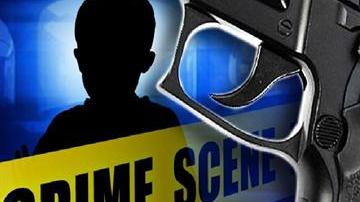 ESTACADA, Ore. -- An Oregon man is facing charges for burglary and for using his infant son as a shield in a police standoff.

Officers were trying to arrest the man on burglary charges but when they showed up, he took off to hide.

When he finally came outside, police say he was holding up his 7-month-old son.

"He was holding it to shield himself from our firearms or you know - from trying to be taken into custody. It was scary. It was very scary," said Deputy Daniel Moyer, Clackamass County.

The baby was not hurt.

His father is now facing several charges including endangering the welfare of a minor.

This is not the dad's first brush with the law. He was also arrested in February after he accidentally dialed 9-1-1 during a drug deal.