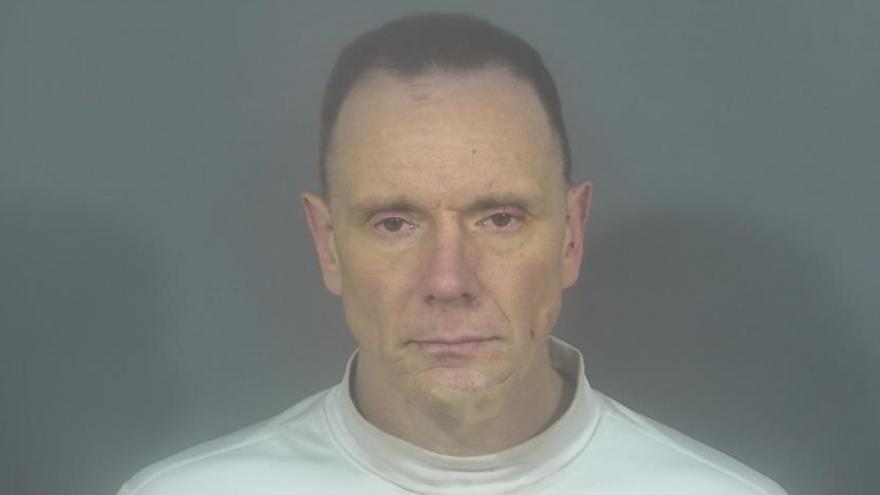 ST. JOSEPH COUNTY, Ind. – A man with an active warrant was arrested on Thursday after allegedly leading officers on a chase, according to the probable cause affidavit.

On May 5, officers went to a residence in the 52000 block of Prescott Avenue to serve a warrant on a woman.

The woman was known to stay at the residence and drive a black car behind the house, according to reports.

When officers arrived, they found a black Ford car parked in the backyard.

When they approached the vehicle, they saw items moving from the rearview mirror indicating that someone was inside the vehicle.

Officers knocked on the doors to the home and then returned to the backyard to see the vehicle swaying as if someone was moving inside it.

They also saw a black cover over the cargo area and what seemed to be someone’s legs in blue jeans sticking out from it.

The owners of the home came out and said the vehicle didn’t belong on the property.

The back seats of the vehicle then folded down and a man, identified as Nathan Alsup, appeared wearing a mask.

Officers knew Alsup had active warrants and ordered him to stop and unlock the door as he got in the driver’s seat and tried to start the vehicle, according to reports.

Alsup allegedly continued on and eventually put the car in drive and left the scene, reports said.

As he was driving away, he allegedly hit a nearby trailer and other items, according to police.

During the chase, both of the front tires on Alsup’s vehicle flattened but he continued on until he stopped at a residence in the 300 block of Dixieway, reports said.

He got out of the vehicle and entered the apartment but eventually surrendered to officers, reports said.

Alsup was charged with one count of resisting law enforcement and on an active warrant.