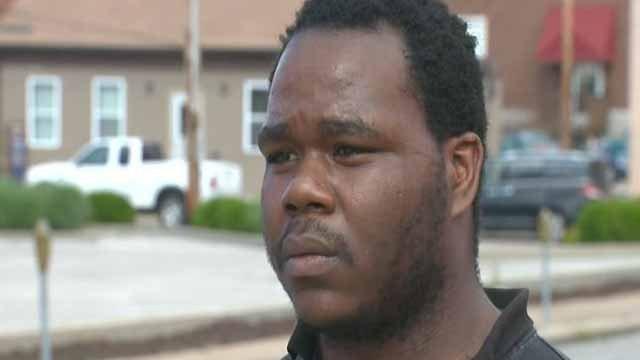 Belleville, Illinois (KMOV) - A man wrongly held in police custody for a bank robbery in Belleville says the incident may have cost him a chance for a job.

Reginald Curry, 24, was held for robbing a Regions Bank in Belleville on May 27. He was taken into custody as Curry was interviewing for a kitchen job at Tavern on Main.

"He told me to stand up and put my hands behind my back and put handcuffs on me and then walked me outside," said Curry.

Curry told News 4 police then took him to the bank where a witness said he wasn't the robber. Curry was then set free. Police later arrested 47-year-old William Grier.

"Descriptions can be off a little bit so we look to refine that information as we go along and in the case of the gentlemen detained [Curry], he matched the description at the time," said Sgt. Mark Heffernan with Belleville Police Department.

Police added they later looked at security footage. That, plus a tip, helped them track down who they believe to be the real robber.

Curry said police did not do anything to show his potential employer that he was not involved with the robbery.

"The fact that they couldn't come back and tell everyone it was a big misunderstanding and say 'we found the real guy.' They didn't do anything to make the situation better for me," said Curry.

Grier is currently in jail.