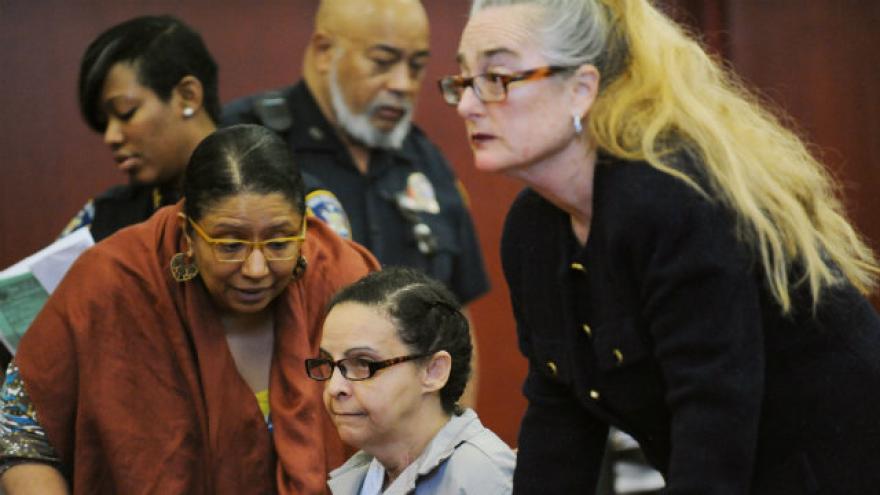 A Manhattan nanny was found guilty of four charges related to killing two children in her care in 2012. Photo courtesy Susan Watts/Getty Images

(CNN) -- A New York nanny convicted of murdering two children she was trusted to care for was sentenced on Monday to life in prison with no possibility of parole.

Manhattan District Attorney Cyrus R. Vance Jr. said in a statement Monday that Ortega violated the trust of a family in the "most horrific way imaginable" and that "Leo and Lulu will never live the lives that laid ahead of them."

Ortega said Monday she was "very sorry for everything that happened."

The children called her Josie

Ortega's sentencing comes a little over five years after Marina Krim left Lucia and Leo in Ortega's care while she took her third child, then 3-year-old Nessie, to a swimming lesson at a nearby YMCA, police said.

Krim had made plans to meet Ortega, who her children affectionately called Josie, at a dance class for Lucia at 5:30 p.m. When Ortega didn't arrive on time Krim grew concerned and returned to her home to check on the children.

When she arrived she saw the lights were off in the home, which puzzled her. She returned to the lobby and asked the doorman if he had seen her children leave. He hadn't.

Krim took Nessie back upstairs, where they saw Ortega sitting next to the bathtub on the floor stabbing herself, in what authorities believe was an attempt to take her own life.

The children's father and Marina's husband, Kevin Krim, was returning home from a West Coast business trip when police reached him at John F. Kennedy International Airport to share the tragic news.

She was considered part of the family

Ortega is a naturalized US citizen and a native of the Dominican Republic. At the time of the deaths, she was living in Manhattan with her son, her sister and her niece, police said.

Ortega was introduced to the Krims through a family friend and had been working with them for two years, police said.

By all accounts, the Krims were happy with Ortega's work.

Marina and Kevin Krim both gave emotional and angry comments during their victim impact statements on Monday.

"The defendant is an evil and utterly dangerous narcissist and a complete failure," Kevin Krim said.

In memory of their children, the Krims created the Lulu & Leo fund in what Kevin called "an act of positive defiance." The fund is a curriculum-based call to action to help children and families foster creative confidence and build resilience.