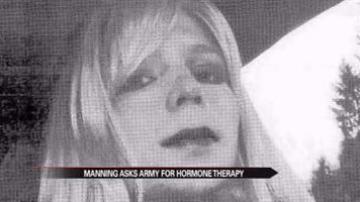 The Army private says he wants to be a woman and go by the name Chelsea.

However, the military says they're not going to provide him the hormones necessary to change his gender.

And now, Manning's attorney is demanding the prison give it to him.

"If Fort Leavenworth does not, then I am going to do everything in my power to make sure that they are forced to do so," said David Coombs.

Regardless of sex, Manning is sentenced to serve 35 years behind bars for leaking nearly a million pages of classified paper to work WikiLeaks.

He was spared the charge of aiding the enemy.