Many in Midwest see early snow

Several cities and towns across the Midwest and Great Plains have already picked up measurable snowfall, which is VERY early for many! Check the several cities that have recorded at least one-tenth of an inch of snow or more in the last few days. From Bismarck, North Dakota down through Kansas City, Missouri to Indianapolis! A few in the great plains states have even picked up a somewhat significant amount, around 1 to 3 inches earlier this week. 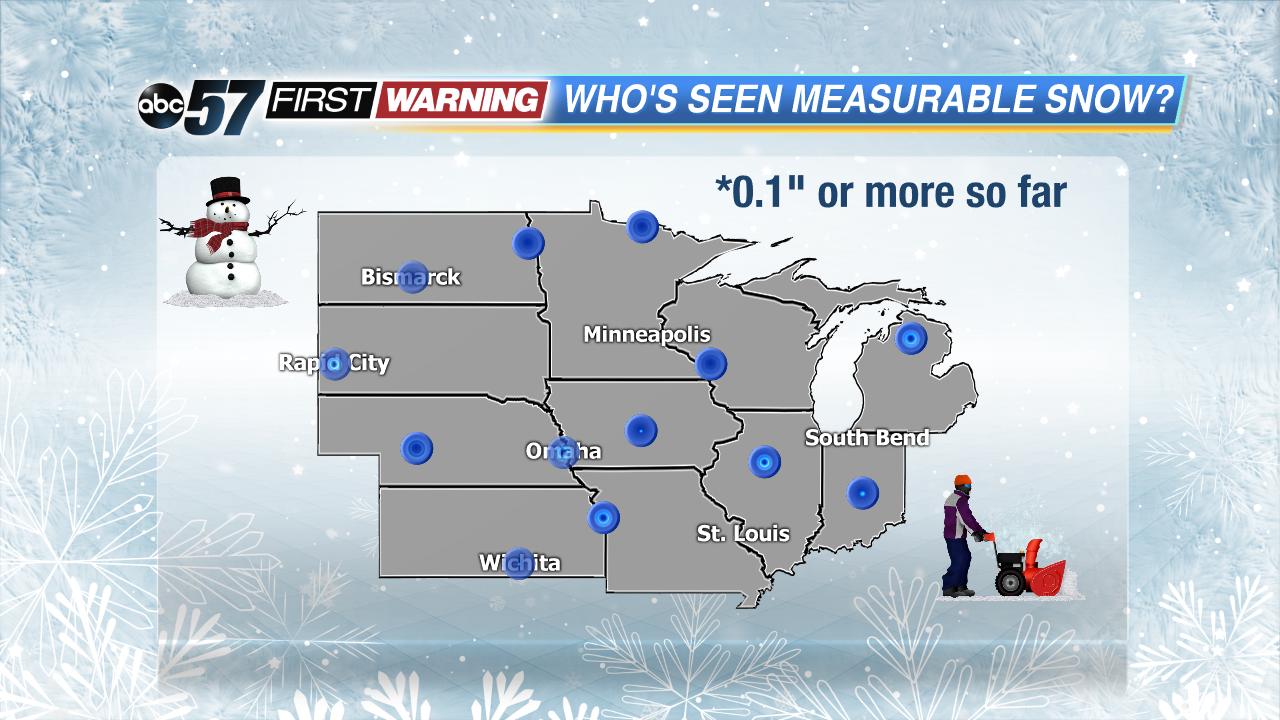 Well, for us here in Michiana, we shouldn't have to worry about recording measurable snow for a couple more weeks. Over the past 10 years, our average first measurable snow does not fall until the November 18th time frame. And if you remember back to last year, our first snow came very late, and didn't hit the ground until December 7th!

Even though a few flakes could be flying over the weekend, it looks like measurable snow stays out of the forecast for a long while.