Many rivers rising to 'action' or 'flood' stage

NOW: Many rivers rising to ’action’ or ’flood’ stage 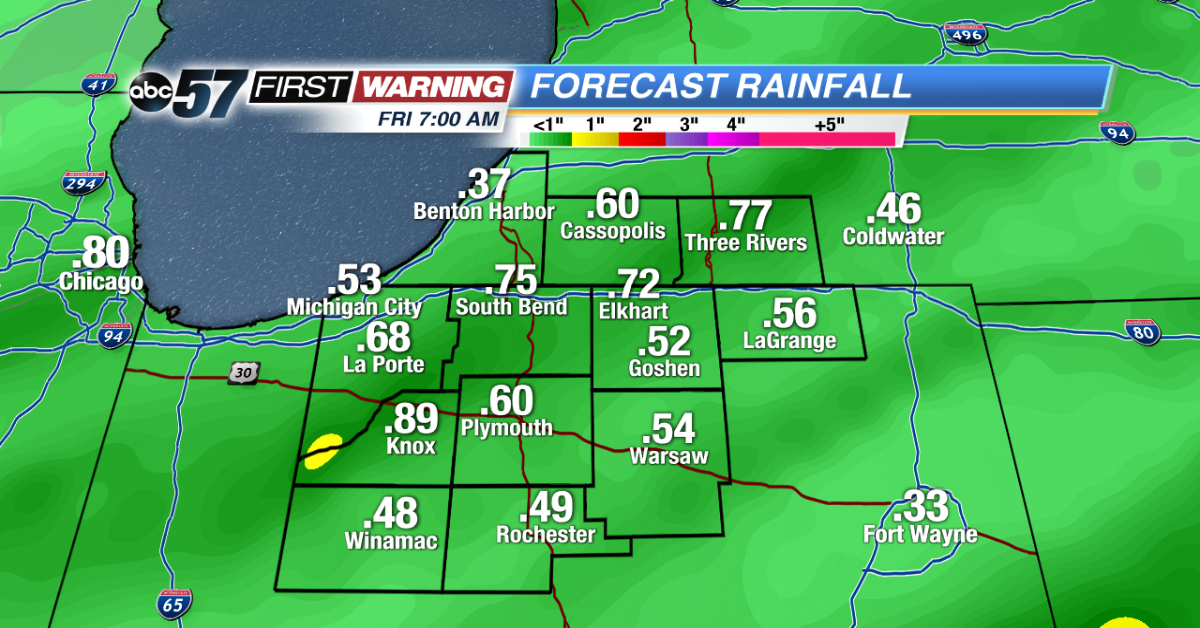 A soaking rain pushed across Michiana Tuesday evening. It was even accompanied by thunder and lightning despite temperatures just above freezing. That round of rain has pushed several streams and rivers into action or flood stage. Another half-inch to inch, if not more, is expected area-wide Wednesday evening thru Thursday night, which will further exacerbate the situation. 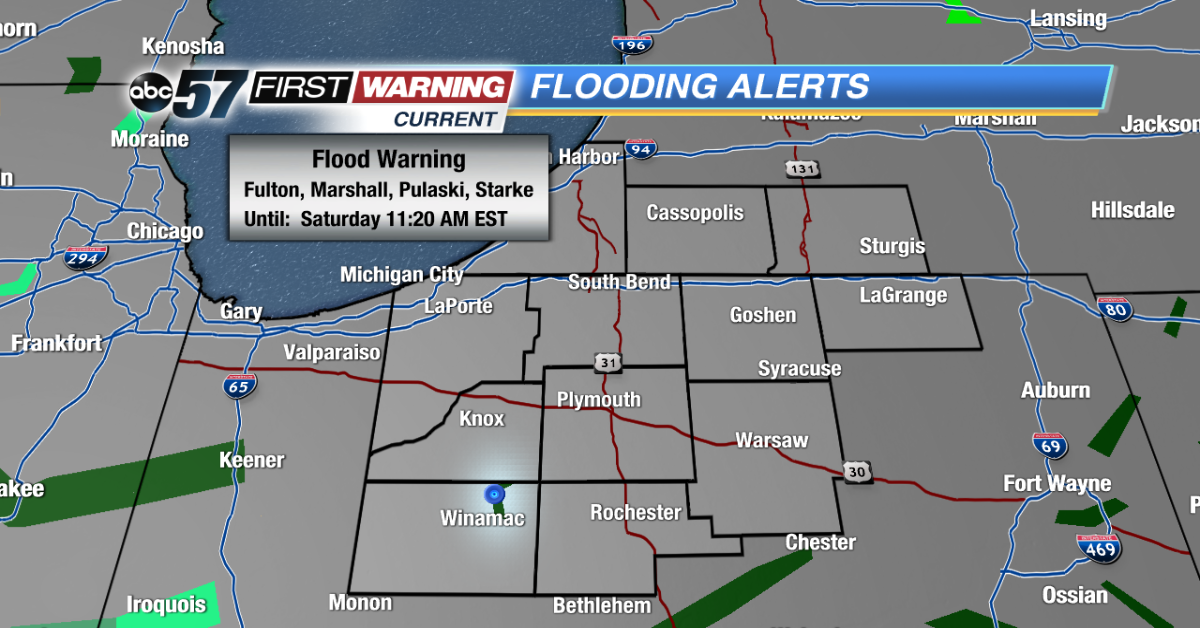 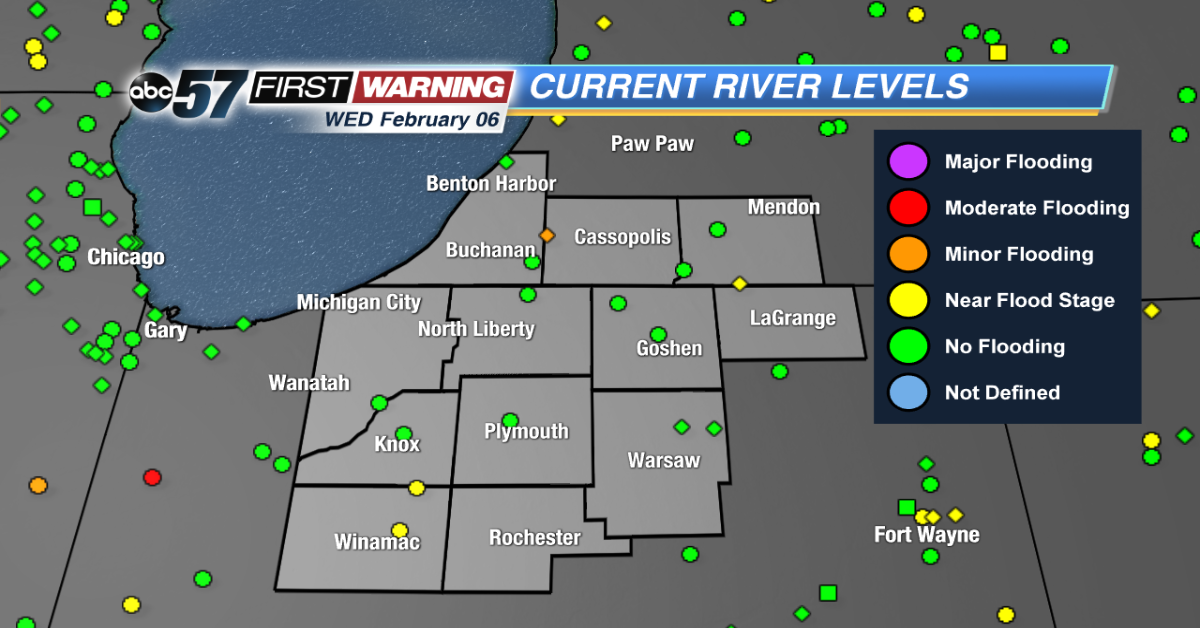 As of Wednesday at 12 p.m., only a few rivers at nearing or in flood stage.
That is because the river is expected to reach moderate flood stage at 13.2 feet by Saturday morning. If the river rises to that level, significant lowland and rural flooding will occur. Flooding will also impact residences near the river and streets and homes in Monterey, Indiana. 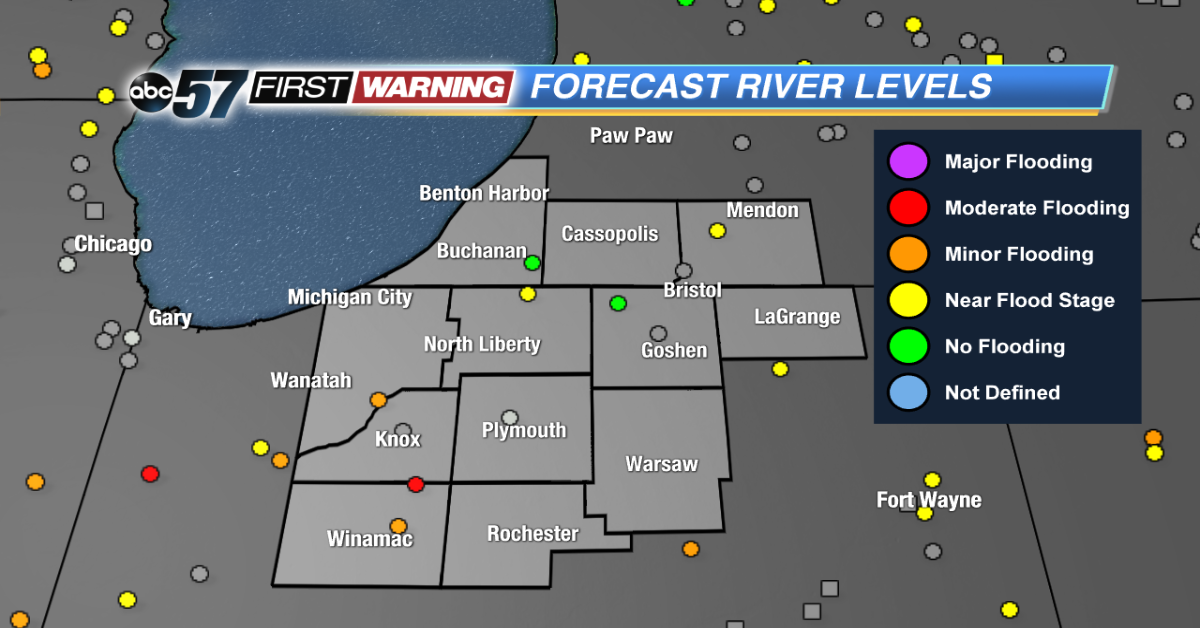 That is the only point in Michiana in which flooding is expected to reach the moderate category. Here's what other Michiana rivers are forecast to do:

•Tippecanoe River at Winamac: expected to rise to 10.8 feet, which is just a few inches shy of moderate flood level.

•Kankakee River at Davis: expected to rise to 10 feet, which is minor flood stage.

•St. Joseph River at South Bend: expected to rise to 4.9 feet, which is between action stage and minor flood stage.

•Yellow River at Plymouth: flooding is not expected with a crest of around 10 feet.

•St. Joseph River at Niles: expected to approach action stage with a crest between 9.5 feet and 10 feet.

•Elkhart River at Goshen: the river is below action stage around 4.7 feet as of 12 p.m. Wednesday, and could go into action stage at 6 feet.