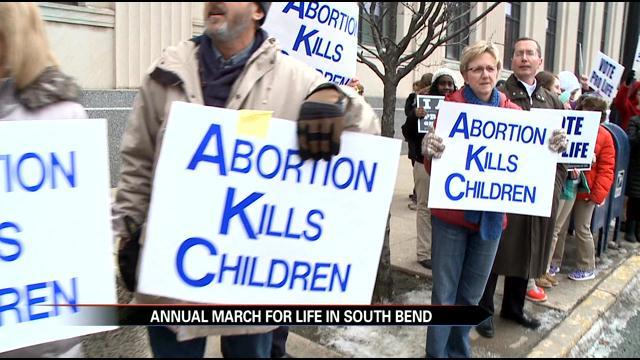 Hundreds took the streets in South Bend for the annual March for Life. Similar marches happen nationwide on the anniversary of the Roe v. Wade decision of 1973.

The decision made by the Supreme Court defended the right of a woman to have an abortion.

Those in attendance waved signs and called for pro-life legislation, and say that since that ruling, 58 million children have been aborted.

“We stand up for the unborn human life. We memorialize them, 58 million of them, and say that we oppose this legal abortion on demand. It just says that the tide is turning. I think a lot of people do stand for life and are finally standing up to show that,” says Jeanette Burdell, the Program Director of St. Joseph County Right to Life.