Marion County judge to force Sugarland to show up for depositions 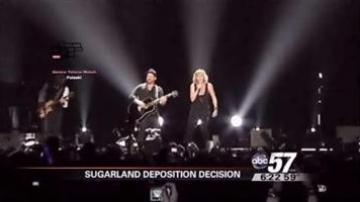 INDIANAPOLIS -- The country music duo Sugarland was at the heart of a hearing on Friday involving the State Fair rigging collapse.

A Marion County judge was being asked to force Jennifer Nettles and Kristian Bush to show up for depositions next week in Indianapolis.

The company that put up the stage rigging, Mid-America Corp. wanted to ask the musicians why the concert was not canceled or delayed.

The deposition will now occur between April 1 and 15.

It will only involve Nettles because she is an officer of the band's owndership conpany, Lucky Star.

Lawyers for the victims said that her account is critical to their cases.