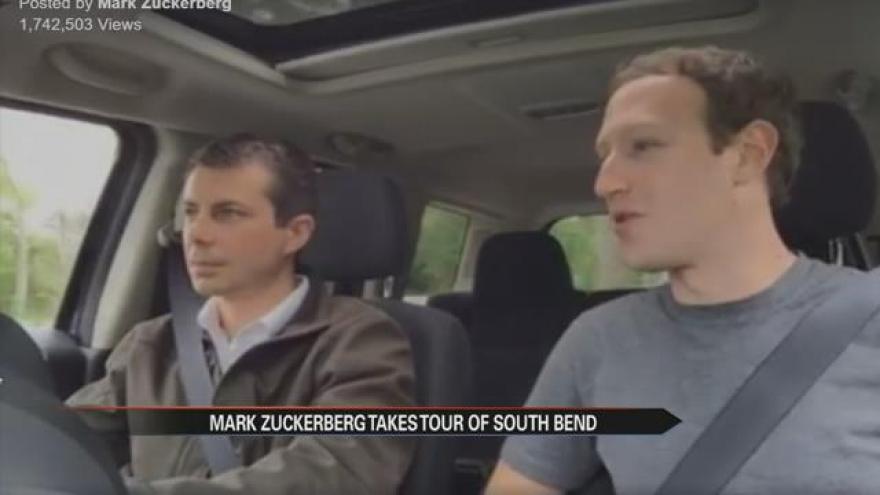 It was just your average stroll through South Bend with Mayor Pete Buttigieg. Oh, and the founder of Facebook, Mark Zuckerberg.

Saturday, the two drove all around the city, making several stops along the way.

After making a brief appearance at the Local Cup, the mayor and Zuckerberg toured the new Studebaker plant where several cars and fans lined Lafayette Boulevard hoping for a glimpse of perhaps the most famous entrepreneur in the world.

According to a spokeswoman for Zuckerberg, a stop in South Bend was all part of his personal mission to visit states he has never been to before, to learn about communities and their people.

“I was in the middle of dancing and I screamed because that’s exciting because he’s noticing the change in this city and that’s like really fantastic,” said Olivia Marentette, fan.

Another fan, George Sutherland added, “We just always go there, and then we say one of our friends who works there texted us mark Zukerberg is there we were like that would be kind of cool to meet him, he’s a young energetic person in the business world and as aspiring young adults we thought it would be interesting to meet someone like that, once in a life opportunity.”

Zuckerberg and the mayor wrapped up their tour at the South Bend Juvenile Justice Center.