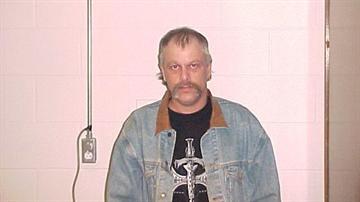 MARSHALL COUNTY, Ind. -- The Marshall County Sheriff’s Office and other agencies spent several hours Tuesday afternoon searching for a suspect who ran from them.

Deputies said they were attempting to serve a Fulton County felony warrant on William R. Newman when he led them in vehicle pursuit that ended in the area of 4th and Rose Road.

Newman fled his vehicle and multiple agencies began a search for him.

Newman is a 42-year-old white male with thinning gray/black hair. He was last seen wearing a gray flannel hoodie.

A manhunt for a wanted felon through rural Marshall County was not what people living in the area were expecting following the first snowfall of the season.

"It's kind of crazy to think that somebody's running around probably, I don't know, a football field or two length behind our house,” said resident Evan Shupert.

Marshall County sheriff's deputies were assisted by the Indiana State Police as they searched for Newman.

"It just so happened that some of our units with the ERS, Emergency Response Section, were training at the Bremen post, only about 15 minutes away, so we had extra manpower that was available,” said Sergeant Trent Smith of the Indiana State Police.

In addition to boots on the ground, the state police assisted with eyes in the sky and K-9 units. But running Newman down proved to be difficult.

"The snow on the ground is helping tracking as well; the K-9's are obviously helping the tracking results but what's hampering us the most at this point is the terrain a little bit. And there is some very high fences, 10-15 foot high fences,” said Smith.

Residents, who are not used to all the excitement, grew concerned.

"Our kids get off of school here within two hours or so, so hopefully they get it taken care of pretty quickly,” said Shupert.

Newman was not found.

Several hours after the search began, it was called off.

"The last thing we want is to leave the area and the subject breaks into a house, or steals a car; you know things continue to kind of escalate at that point,” said Smith.