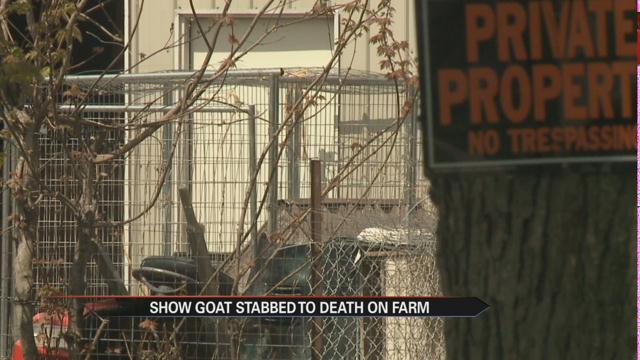 A Marshall County family is disturbed after finding one of their farm animals dead and hanging in their shed.

And now, the family looking to get answers and closure.

Brian Watts, owner of the farm, says the slain animal was not only a prize goat, but also his daughter's pet.

“If somebody has a problem come to me. Don't take it on my daughter's animals, come to me,” said Brian Watts.

Watts woke up Tuesday morning to find what was left of his goat in the shed.

“There's blood and hair up [on the shed's handle] where they left it hanging,” he said.

His farm was also burglarized.

“They also stole some gates, lumber,” he said.

Four years ago, one of their horses were targeted.

“I had a black and white [horse] get shot in the lungs.”

And this week, his daughter's goat was killed.

“We just told her the goat passed away, because she took it hard over the horse deal," he said. "I'm not going to traumatize her again over her show goat.”

So they're moving and warning the neighbors.

“There's a sick individual in the area,” he said.

In the meantime, investigators are still looking to find who is behind these crimes.