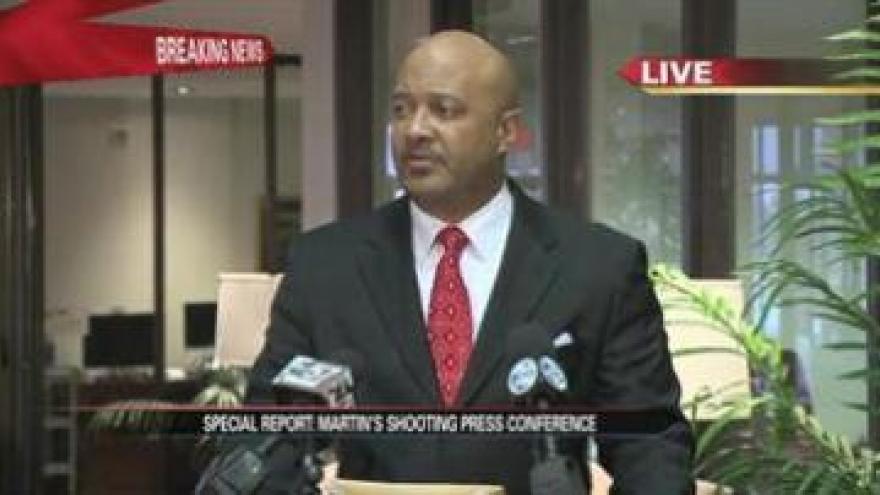 ELKHART, Ind. -- At 10 a.m., Elkhart County Prosecutor Curtis Hill made a detailed statement about the night Shawn Bair shot and killed two people at the Martin's in Elkhart.

The shooting happened January 15 at the Elkhart Martins on Bristol Street.

According to the investigation, about 30 minutes before the shooting, Shawn Bair entered the store and made several phone calls.

Bair then took off his coat and took out a 40-caliber handgun.

He came across Krystle Dikes first and fired three shots at her. One missed and two struck her. One of the shots was the fatal shot.

Bair was then confronted by another Martin's employee. She ran, screamed and alerted others there was a shooter in the store. Bair fired a shot at her and missed.

Her screams helped save lives by alerting others to get out of the store.

Another Martin's employee was able to get away and called 9-1-1, the first 9-1-1 call that was made.

Dispatch got officers en route in less than a minute and within three minutes of the time the call came in, the officers were at the Martin's.

At that point, Bair headed east in the store and across the aisles and came across Rachelle Godfread. He fired three shots at her. One missed, two struck her and one of those was fatal.

Bair then rounded a corner and came face to face with one of the store managers. For two to three minutes, Bair had the manager on his knees at gunpoint.

When the officers walked into the store, which is what they are now trained to do during an active shooter situation, Bair and the manager's attention were diverted to the front of the store.

At that time, the manager fled and Bair ran off as well.

The manager ran to the officers and told them there was an active shooter in the store who was armed with both a gun and a knife, and told them what direction he was headed.

Because the officers were trained for this type of situation, their training kicked in, Hill said.

"The police are trained to go into situations of that nature and to do so takes a great deal of grit and I don't think people take into consideration what it takes to be a police officer," said Hill.

The officers gave him the command to drop the gun, but Bair did not respond.

The officers fired ten rounds and hit him eight or nine times.

At the same time, Bair put his 40-caliber weapon to his head and pulled the trigger.

"He placed his 40 caliber weapon to his temple and also fired a shot," said Hill.

The shot to his head and one of the shots to his heart were fatal.

Bair was struck seven or eight times with the self-inflicted gunshot and a shot to his heart being the fatal wounds.

The fatal bullet wound was too deformed to determine whether it came from Skipper's or Tripp's gun.

The investigation was then turned over to the Indiana State Police.

Since their initial investigation, several details have been learned.

Bair fired eight times. Three times at Dikes, once at the Martin's employee who got away, three times at Godfread and once when he shot himself.

Toxicology reports indicated the presence of THC in Bair's system, which is indicative of marijuana use.

There was a note on Bair's person that indicated he was suicidal and that he was going to die that night.

"The investigators were able to locate a note that was on his person that did indicate his suicidal tendencies," said Hill. "The note essentially was a send-off to some friends and family- his mother- sort of a one line you were this, you were that type of thing."

Bair purchased the 40-caliber weapon legally through a private transaction. There are no indications at this time that there was anything illegal about his purchase of the weapon.

Overall, Hill says the officers did what they were trained to do and they acted appropriately. Their action was appropriate given the circumstances and the indication there was an active shooter in the store.

Bair was charged in June 2009 with possession of a controlled substance and possession of marijuana. He was convicted and sentenced in October to 18 months suspended and 18 months on probation.

In 2010 he violated probation because of a theft charge and pleaded guilty to theft. He received an 18 month sentence with 12 months suspended.

He was satisfactorily discharged from probation in December 2011.