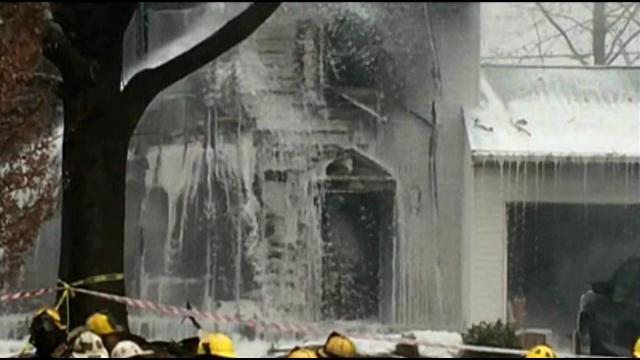 A small jet crashed into a home Monday morning, killing six people - three on the plane and a mother and her two children inside the home.

Marie Gemmel and sons three-year-old Cole and infant Devon were discovered in the second floor bathroom of their home.

When the plane crashed, it ignited a fire that sent a large plume of smoke into the sky.

A total of three homes were damaged when the flames spread from the crash site.

Witnesses say they heard screaming from inside one of the homes

The flight originated from Chapel Hill, North Carolina and was less than a mile away from the airport.