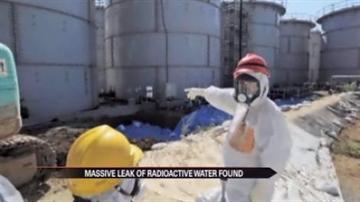 JAPAN -- Top regulators are raising nuclear safety concerns after finding a massive leak of radioactive water at the Fukushima nuclear plant in Japan.

This discovery comes two years after a deadly earthquake and tsunami.

Officials say radiation levels surrounding the plant are 18-times higher than first thought, enough to kill a person after four hours of exposure.

The leak means the government will play a bigger role in the clean-up but not everyone feels comfortable.

Tokyo's bid for the 2020 Olympic Games could now be in jeopardy. The International Olympic Committee will make its decision later this week.