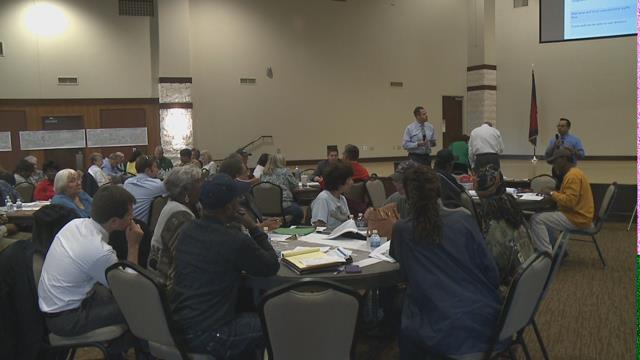 South Bend residents and officials attended a meeting Thursday night about plans to revitalize certain areas on the west side of town.

Mayor Pete Buttigieg and other city officials wanted to clarify their plans and get feedback.

Initial concerns from neighbors about the plan included fears the west side community would be displaced.

Both officials and neighbors say they're more at ease after Thursday's meeting at the Salvation Army Kroc Center.

Stacey Odom, of South Bend, has been to four meetings concerning this issue, and she says Thursday was the most calm and productive of any others.

“Ever since the last three meetings, we've taken a proactive step to it,” Odom said.

The first of those meetings two weeks ago turned into a heated debate between city officials and neighbors of the west side.

“It was an uproar because it was such a shock,” Odom said.

Many people voiced concerns that improvements to their neighborhoods would lead to higher standards of living, forcing them out of their homes.

“They were very concerned that their homes were going to be taken from them or forced out,” Odom said.

So together, the city and the concerned citizens set up more meetings.

There have been over 20 so far.

Thursday's forum was one of the largest so far, and Mayor Pete Buttigieg was in attendance to listen to feedback and offer his own input.

“I think it was honest. A lot of different opinions were heard,” Buttigieg said.

While the opinions were just as strong as the last meeting, the tension was not.

“It's very clear that people broadly want the same things. They want to see more investment on the west side,” Buttigieg said.

“Everything from this point forward will be better,” Odom said.

The plan for the west side of the city will begin moving forward in July.

One of the first steps is restriping the road, making the lanes more clear on Western Ave. for drivers.