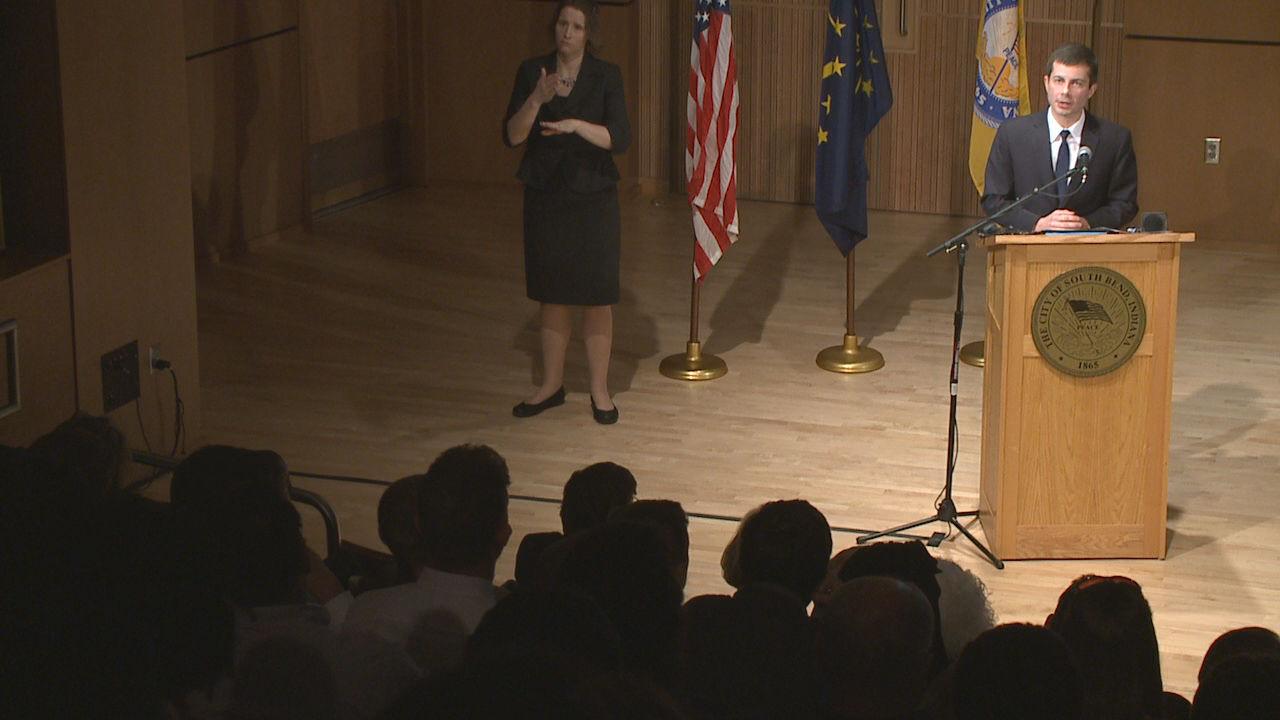 South Bend Mayor Pete Buttigieg delivered encouraging words on the future of the city during Tuesday’s annual State of the City speech and he’s warning tough choices will have to be made in order to continue the city’s growth.

The mayor announced the city is in even better condition than it was in last year.

The focus of his speech was maintaining the momentum from 2015 by continuing development throughout this growing city.

“If we stay on the track we’re on and we keep picking up speed, i think this is going to go down in history as one of the best decades our city ever had,” said Mayor Pete Buttigieg.

The mayor expressed glowing optimism for the city just moments after delivering his fifth state of the city address to an approving audience.

“I found it very, very inspiring to hear Mayor Buttigieg here at the beginning of his second term as mayor of South Bend,” said resident Tony Flora. “I mean the way he spoke to every key issue that affects every community in the city that’s very impressive.”

South Bend Smart Streets was a major initiative in 2015 and the mayor says it will come to fruition this year.

“We’re going to have big parts of downtown streets on reduced lanes and it’s going to effect us but, we’re doing because we’re going to come out with an even better city,” said Mayor Buttigieg.

And building a better city in 2015 meant clearing vacant and abandoned homes.

The mayor touted the success of the 1,000 homes in 1,000 days initiative a program that saw the city take action on more than 1,200 abandoned homes and more than 400 home repairs.

But there was concern for the future.

An impending state tax that would see millions in lost revenue for South Bend.

“The State Circuit Breaker law, it’s one last kick from that law, we can handle it but it’s not going to be small,” said Mayor Buttigieg.

A large task the mayor says will take the help of the common council.

And with four new members seated this year, he believes they can harmoniously work to fix that problem.

“I know it’s a lot of work, but I couldn’t be more enthused about it and the group I’m working with on the council is of the same mind,” said Councilman John Voorde.

The mayor addressed those concerns over the state tax two weeks ago during his annual financial report.