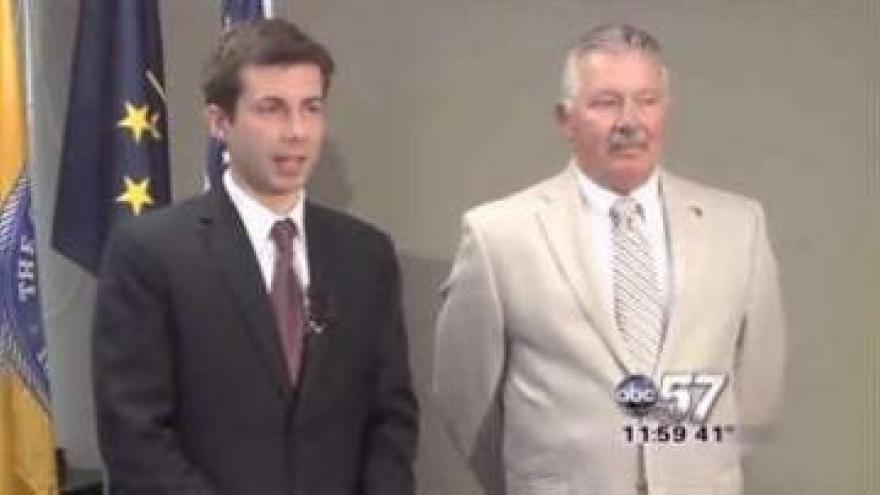 SOUTH BEND, Ind. -- We continue to stay on top of a federal investigation that is shaking up the South Bend Police Department.

Around 9:30 a.m. on Friday, we were there at the Mayor's Office as Chuck Hurley was sworn in as the interim police chief.

At 5 p.m. on Friday, Chief Darryl Boykins will officially step down after serving the department for 28 years.

The mayor said Boykins will serve as a police captain.

He also said he made up his mind to take action on Thursday after the federal investigation was completed. It stems from questionable recordings of police department phones.

Mayor Buttigieg said he found out about the federal charges back in January.

ABC57 News asked why he waited so long to tell the City Council about this. He said he was advised by legal counsel to tell no one.

"We had a problem. I fixed it," said Buttigieg.

The mayor said his goal is to make sure that the police department in compliant with federal guidelines, and that could lead to procedural and personnel changes.

As for Boykins, we also asked if he could face any further disciplinary actions because of this investigation. He said that is not likely.

At 3 p.m. on Friday, council members will hold a public rally at the Martin Luther King Center. They plan to present a letter to the public, asking for Boykins to be able to get his job back.