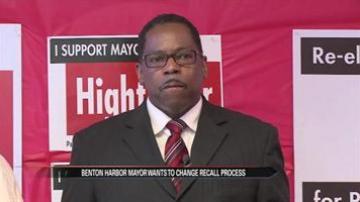 BENTON HARBOR, Mich. -- A judge will decide Thursday whether the election for Benton Harbor's mayor can go forward. Mayor James Hightower is demanding changes in the recall election process after two people who circulated the petition are facing charges.

Hightower says the petition scandal should never have gotten this far.

He says the clerk of courts should have caught the irregularities before the election was put on next week's ballot.

"Sevens had been changed to nines and so forth. Those were allowed to go through. That should have never happened," said Hightower.