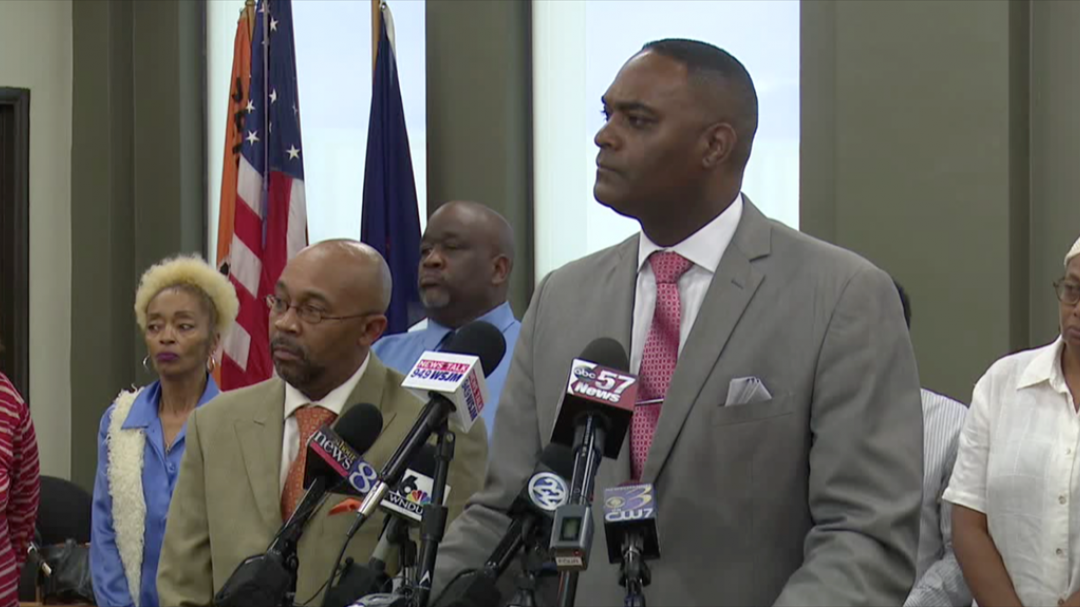 In a press conference held by the Mayor of Benton Harbor, Marcus Muhammad, he called for peace and understanding after a deadly officer-involved shooting.

The city of Benton Harbor was shaken Tuesday after a suspect was shot and killed by a police officer during a shooting at a home that four officers responded to.

His major point was that the city will be there for the citizens of Benton Harbor during this trying time.

“Although frustration and anger is high, we don’t want for our anger to govern our behavior,” Mayor Muhammad said.

A team of clergy and community members are available to talk to those affected, according to members who spoke during the press conference. Parallel to their support, Mayor Muhammad and other leaders went back to the scene Tuesday to meet with citizens and pray with them.

“This press conference is more about the message to the community and how we want to respect the family and the process moving forward. [We are] communicating on all fronts so we can have a united front,” said Mayor Muhammad.

He did not have information on when the body cam video(s) will be released.

After mentioning that the family does not want to see a repeat of rioting, the mayor mentioned the strength he sees in Benton Harbor.

"I think the unity and the love that we have amongst each other, I think that has set in. The best side of Benton Harbor is going to come out. I know that on the police side, they're strategically coming up with ways to engage the community given what's taken place, but also understand the sensitivity of this tragic incident,” he said.