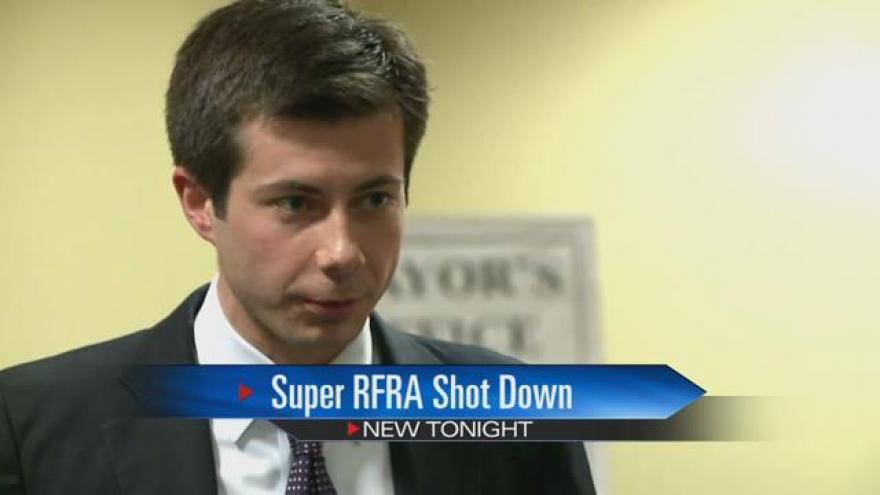 A controversial proposal that would have repealed the Religious Freedom Restoration Law failed to make its way to the legislative floor.

But the measure many are calling “Super RFRA” is still sparking debate on LGBT rights in Indiana once again.

Senate Judiciary Chairman Brent Steele said the timing was off.

The failed Senate Bill 66 Proposal would have repealed the existing RFRA law, including the LGBT-inclusive provisions added in light of the law’s backlash.

“The legislator has the chance to do the right thing and I think a bad outcome was avoided this morning,” said Mayor Buttigieg.

The mayor was relieved the proposal failed to pass and now he’s calling for civil rights protections from the state’s legislature yet again.

“It’s totally possible to pass a bill that protects religious organizations and prevents discrimination,” he said.

The mayor says the Statehouse just isn’t there yet.

Last year, the backlash from passing RFRA forced the governor to include language that would protect the LGBT community.

Wednesday, a measure to repeal that law saw a similar reaction from Hoosiers.

That reaction ultimately forced this proposal to fail.

“The struggles that you go through, trying to find that common ground with two opinions that seem to be so divergent and so difficult to pull together,” said State Senator Travis Holdman.

The mayor says they are a long way to go to making a bill the entire state would support but he says state lawmakers could find a model of this up north.

“I think Indianapolis should take their cue from south bend and we’d all be better off,” said mayor Buttigieg.