Mayor Pete drops out of race for DNC Chair 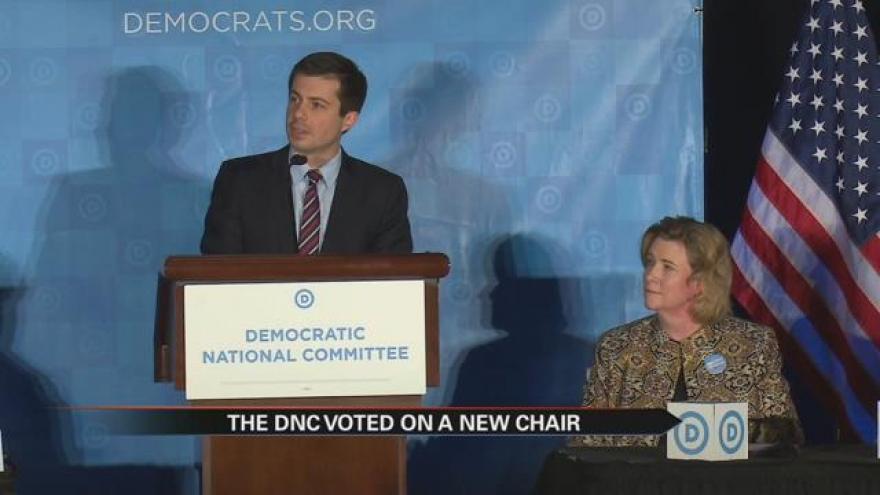 ABC57 was the only local TV station in Atlanta as South Bend Mayor Pete Buttigieg dropped out of the race for DNC Chair moments before the official vote.

"It's time for this process to move on without me," said Buttigieg, in what was supposed to be his final pitch to voting members of the Democratic Party.

The news came as a surprise to even the mayor's supporters, who said afterward they did not know he was planning to withdraw until he announced it.

“I don’t think anybody who was out there pushing the message right before this room was filled up knew about it, but roll with the punches and we’re still proud," said Ethan Hudson, one of more than 50 'Pete for DNC' volunteers who traveled to Atlanta to campaign for Buttigieg.

Despite the initial shock, his volunteers supported his decision.

Their close race showed how narrow the path for any other candidate -- including Buttigieg -- was to being elected chair.

“We saw the potential to advance on multiple ballots, but we can do math and after speaking nonstop with voters who’ve been kind enough to give us the most serious consideration...it is time for this process to move towards a solution we can all get on board with," said Buttigieg. "And that means it’s time, for the party, that I step aside.”

Voting members of the party were understanding of Buttigieg's choice to withdraw.

“By dropping out and the way he did, he gave a great and beautiful speech, I think someone like Pete will be the future of our party," said Barbra Siperstein, a voter from New Jersey.

“He’s a rising star in the party and I’m really looking forward to seeing what he will do in the future," said Luis Davila-Pernas, a voter from Puerto Rico.

A welcome back event is planned for Sunday evening when Buttigieg returns to South Bend.

He will resume business as usual as the city's mayor.

In Atlanta, St. Joe County Democrats Chair Jason Critchlow said he believes most residents will embrace the mayor as he returns from a two-month-long national campaign.

“What I'm really hearing out there is pride," said Critchlow. "I mean people are proud that a South Bend son has gone out there and is making this big splash and being this leader on the national stage. I think he’s going to be welcomed back and people are going to be proud of the things that he’s done; that he’s representing the city and he’s putting South Bend on the map.”

South Bend Councilman Oliver Davis -- the only person to formally say he would run for mayor if Buttigieg won and stepped down -- congratulated the mayor in a statement Saturday afternoon:

Congratulations from South Bend Councilman Oliver to Mayor Pete for Positively putting our City of South Bend in the Hearts of the 2017 Democratic National Convention. I am very proud of his heroic efforts to secure the DNC Chair position.

While Mayor Pete did not win the DNC Chair position this time, he did win the hearts of many people in the Democratic National Convention who now clearly see Mayor Pete as one of our national political leaders, which is no surprise to us here in South Bend.

Blessings to Mayor Pete as he continues to lead, to enhance and to strengthen our City of South Bend.

Working Together With Mayor Pete,