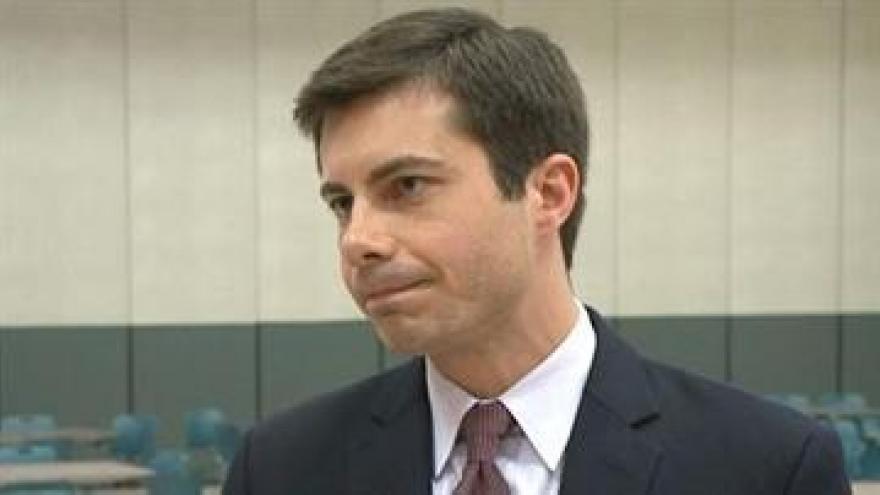 SOUTH BEND, Ind. – It has been more than a month since Mayor Pete Buttigieg announced former Chief of Police Darryl Boykins was asked to resigned as a result of a federal investigation into felony violations of the federal Wiretap and Electronic Eavesdropping statute.

Until recently, Buttigieg has given few details on how he came to make that decision.

Monday we learned a little more than we already knew.

According to Buttigieg, he and his staff met with David Capp, the U.S. Attorney for the Northern Indiana District and members of the FBI.

“He spoke with members of my staff, and I believe I had one conversation with him,” said Buttigieg.

Buttigieg’s inability to say exactly how many times he met with Capp with certainty has drawn derision from the attorney who represents one of the employees caught in the middle of this turmoil.

Buttigieg would not say if he was told by Capp personally to remove Boykins and DePaepe specifically.

Either way, the meetings with the federal authorities played a large role in the mayor’s decision making.

“Based on our interactions with federal prosecutors, I had the impression that the best way to prevent any charges from being filed was to quickly correct both procedural and personnel issues in the department,” said Buttigieg.

Under normal circumstances, when someone commits a crime they are arrested and charged with it; that is if the prosecutor feels there is sufficient evidence to risk a trial to get a conviction.

If there is insufficient evidence, the case is kicked back to the investigators who continue to work on it, or it is dropped altogether. Buttigieg has said several times, the FBI investigation is over.

In the 25 years Duerring has been an attorney; he has worked with federal prosecutors and dealt with criminal law.

In that time he has never heard of a federal prosecutor making a deal like the one Buttigieg has alluded to; that they would look the other way after a crime was committed simply because the suspect was removed from their position.

“If you do the crime you do the time, you know; you pay the price, and that’s what justice is,” said Duerring.

Buttigieg obviously disagrees with that statement as he has repeatedly stated that he purposefully took steps to avoid federal indictments being handed down on Boykins and DePaepe.

Now, the two employees have been stripped of their positions; and of the way that would have been used to clear their name, if they had committed a crime in the first place. “It doesn’t make any sense that that furthers justice in any way,” said Duerring.

Now, nearly five months since the FBI investigation began; and six weeks since the mayor said he had to make the changes, or else; still no indictments have been handed down.

“If you break the law then you should go through the process and be held responsible for it,” said Duerring.

Meanwhile, all the mayor has given us is to go on is, it was his “impression” that the prosecutor might press charges; and that the federal authorities felt the police departments practices did not comply with federal law.

Some argue that if the police department was out of compliance then laws were broken and someone should be held responsible for that; arrested and tried in a court of law.

Others argue that just because a prosecutor says it is out of compliance, doesn’t make it so. That, such determinations are for a judge to decide.

In either case Buttigieg appears to have prevented justice, if what he has said is accurate; that he prevented the indictments from being handed down based on his actions.

And if that is true, and if Boykins did break the law; why is the Buttigieg allowing him to continue to work at the police department at all, when it would be fully in the mayor’s power to demote Boykins to a non-supervisor position?

Another perspective some have taken argues that no indictments have been handed down because the prosecutor did not have enough evidence to win a case.

Yet another brings up the fact that previous court cases set a precedent that the situation at the police department falls under the exemptions the federal law sets forth; that there was no crime committed at all.

Still another argues that Buttigieg’s special commissioned attorney Rich Hill, who predominantly deals with civil suits and not criminal cases, would not have the background or familiarity with which to give accurate or pertinent advice on suspected federal felony violations of the Wiretap and Electronic Eavesdropping laws.

If one were to use that argument, they would likely follow it with concern over Buttigieg’s selection of Hill, especially since his backup would be the South Bend City Attorney’s Office; which has had trouble of its own, getting an interpretation of the constitutional legality of the Family Dollar land donation deal wrong last year.

In any of those cases, one could come to the conclusion that Buttigieg removed the employees for no reason.

Buttigieg himself believes what he did was for the good of the city. “I made the choice that I felt was best for the community. I’m not responsible for making people happy; I’m responsible for keeping people safe, and I made the decision that I thought would be conducive to that,” said Buttigieg.

When asked how his decision to remove a 25 year veteran of the police department, who has worked with and oversaw the work of all current South Bend Police Department dispatchers; and had dedicated her life to making sure that each and every call that came in with a 911 emergency was handled efficiently; would make people safe, he had this to say.

“We have to have a fully functioning, fully compliant police department; and my decisions were geared toward making sure we have that,” said Buttigieg.

But if that is all it takes to make sure people are safe then some would argue that his decisions have been proven a failure given the recent outbreak of violence in the city.

It is clear; some do not agree that the safety of the citizens of South Bend hinges on the decision to record a phone line; especially when that decision wasn’t even made by the person that was removed from their position. “Basically, it’s a bad decision that [Buttigieg is] trying to find an excuse for, to make it look like not a bad decision,” said Duerring.