Mayor put on notice: 'Release The Tape, What are you hiding?' 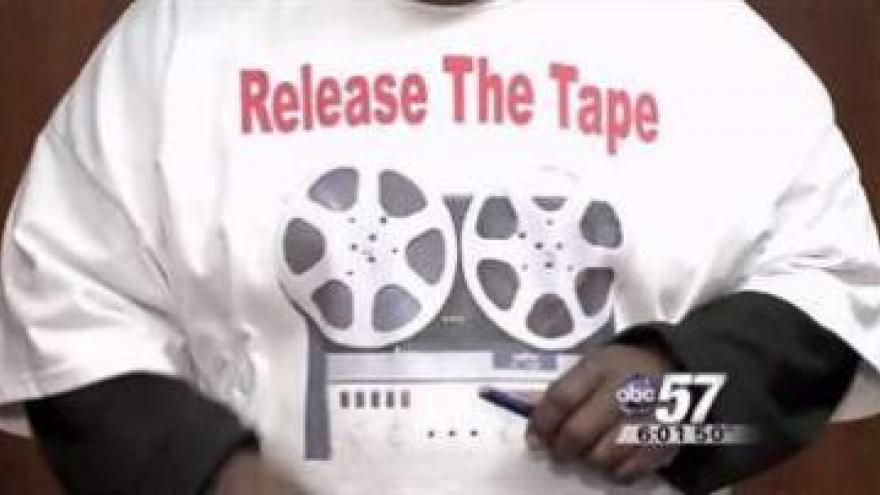 More public pressure is being put on Mayor Pete Buttigieg to release those recordings that led to the federal investigation.

Several groups have come together to speak out.

They even made tee-shirts for the cause. The front says "Release The Tape" and the back reads, "What are you hiding?"

This refers to the phone conversations that were recorded at the police department and have only recently been the source of a federal investigation.

The group of citizens are represented by spokesman Mario Sims; William Davis, the Indiana State Chairman for the Independent Party; and the Republican Party of St. Joseph County.

The trio of groups have come together to show bipartisan support in their call for Buttigieg to release the recording to the public.

Fleming promised to continue to pressure Buttigieg until she is shown some official paperwork from a federal agency exonerating the Mayor from having to release details about the tapes.

Some of the supporters represented by Sims have agreed to give the Mayor an opportunity to address their request; but if he does not, they plan to line up outside his office and take turns going in to request an audience in order to tell him how they feel face to face.

Tuesday, Sims and his group plan to send the petitions they’ve been gathering to the ACLU and the U.S. Attorney’s Office. They are seeking assistance in getting the recording released to the public.

Meanwhile Fleming, drawing on her experience in politics, gave some advice to the mayor. “I think there is going to come a point they’re going to have to make some explanation as to what actually happened that led to the investigation,” said Fleming.

Fleming says, there is the possibility the Republican Party may tap into this scandal in the future if things aren’t handled well now.

Executive Director for the Republican Party of St. Joseph County, Jake Teshka, was curt with his description of how he viewed the current mayor and his administration. “For an administration this young, just out of its first 100 days to have a scandal of this magnitude; we’re getting to the point where we can start calling this Butti-gate Scandal (sic). And so, to have this type of scandal at this point, really shows the arrogance and the inexperience in the Mayor’s Office,” said Teshka.

Earlier in the afternoon, William Davis was so upset by the way this situation has played out, he is hoping someone will not only find a way to make the contents of the tapes public. He has also called for Mayor Buttigieg to resign, saying it would be a taste of his own medicine.