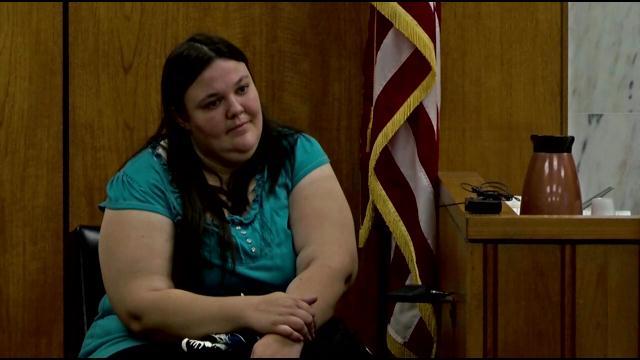 Berrien County Prosecutor Mike Sepic called over 20 witnesses to the stand all of whom signed the petition to recall Benton Harbor Mayor James Hightower, at least once.

Michael Roberts' name was on the petition twice, but he only remembers signing one time.

“It was a while back,” Roberts testified.

Geraldene Morris vaguely remembers signing the petition, but she cannot say the same for the date change next to her name.

Sepic questioned, “Did you do the scribbling?”

Lila Scott on the other hand, testified that she knows exactly when she signed the petition—November 18.

That is when Sepic showed Scott evidence from a document examiner who testified that the 1 and the 8 were written with different inks and possibly at different times.

Scott stuck by her story and said that she and her boyfriend James Willis signed the petition together—but he had a different story.

“Do you think it was November 18 when you signed this?” asked Sepic.

“I am not sure,” Willis answered from the witness stand.

“Was Lila Scott with you?” questioned Sepic.

“I don't think so,” Willis stated.

The defense will start their side of the case on Thursday and start calling in their witnesses – which might include Reverend Edward Pinkney.