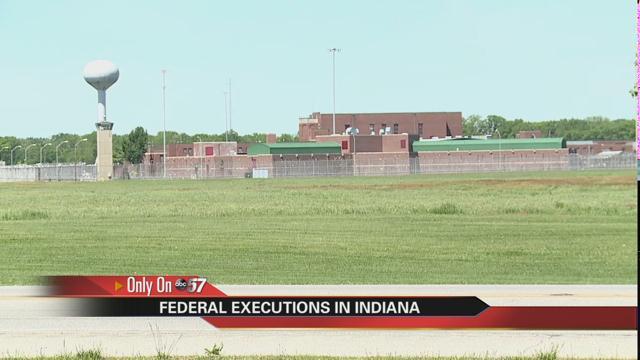 If Dzhokhar Tsarnaev is sentenced to death for the Boston Marathon bombing, he would be sent to the federal penitentiary in Terre Haute. Oklahoma City bomber Timothy McVeigh served his sentence at the same prison. He was executed in 2001.

“There was a lot of attention, a lot of media attention, people coming in from out of town. It created quite a stir for a little while, but most of the local agencies are prepared to deal with those things,” said Dr. Devere Woods, criminology professor at Indiana State University.

Woods remembers when McVeigh was executed.

Woods says it was the talk of the town at the time.

Members of the media and protesters invaded the town of about 60,000 for the execution.

He said it was a circus for weeks.

Although he said everyone was relieved on June 11, 2001 when McVeigh was executed.

“Afterwards there was a lot of relief and everyone was happy to get back to normal life,” said Woods.

If the jury decides that Tsarnev should be executed, it would happen at the maximum security federal penitentiary less than a mile from downtown Terre Haute.

While the federal prison gets people talking when high profile cases like this come up. Most residents don't take personally what happens behind these walls.

“The local community understands they are there and what's happening but I don't think the perception is people of Terre Haute or this area are executing anybody,” said Woods.

So what about safety?

With these executions comes demonstrators and some with the same ideology as Tsarnev with a hate against our country.

“I would say there's not a perception of fear because of it. I think there is a lot of faith in the local agencies to take care of it. As a former police officer and current police officers are considering these things but that's what they do make sure things are safe,” said Woods.

So, we must wait to find out if the state of Indiana will be part of this story.

“It's hard to predict what a jury will do. I really wouldn't be surprised whether they chose the death penalty or not. Jury deliberations are very complex and they need to take into consideration a lot of factors that the ordinary public may not think about. I'm confident there will be a fair deliberation and we will have to see what the results are,” said Woods.