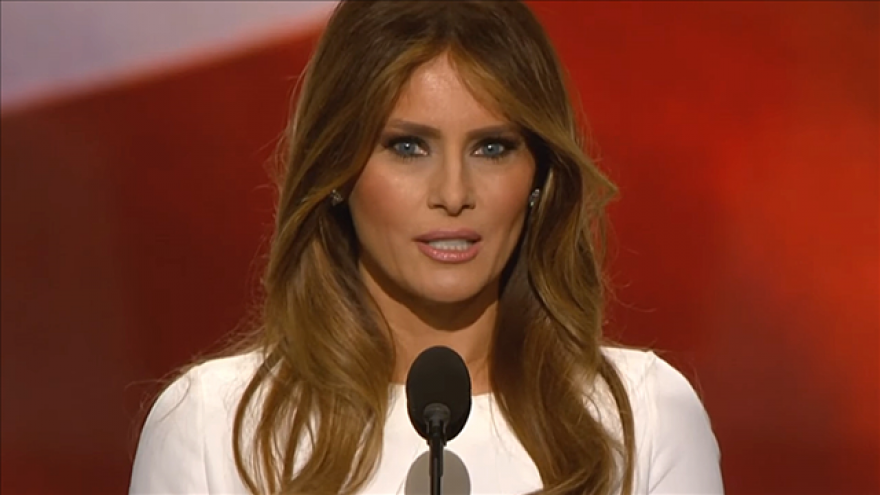 WILMINGTON, North Carolina (CNN) -- Melania Trump, the wife of the Republican nominee, took the stage Saturday to vouch for her husband's character, laud the movement his presidential campaign captured and encourage his supporters to get to the polls on Tuesday.

Trump, a Slovenian-born former model, called on voters looking for a "change" to vote for her husband and defended her husband's character -- which has come under close scrutiny amid lewd comments he made about women on tape and allegations of sexual assault -- calling him a "compassionate, giving ... loving" man who "cares so deeply about this country."

Trump's introduction of her husband came days after the would-be first lady delivered a rare speech on the campaign trail Thursday in which she outlined her priorities should she take over the East Wing of the White House. Her speech was met with criticism after she said one of her top priorities would be to combat cyberbullying, including critiques of people's "looks and intelligence," which has been a trademark of her husband's Twitter posts. Melania Trump has said she has largely stayed off the campaign trail to focus on raising the couple's 10-year-old son, Barron, in New York.

Trump also lauded the movement her husband is leading as one that "has inspired millions and millions of people" and called it "inspiring and inclusive." She also said that while she and her husband grew up in wildly different circumstances, the pair "both treasure the freedom and democracy that America stands for."

The Republican nominee embraced his wife after her remarks and, after delivering a kiss on the lips, jokingly considered ending the rally on his wife's introductory speech.

"What a great job. What a great job. And that's five languages, that's not easy to do," Trump said, pointing to his wife's multilingualism and the fact that English is not her first language. "Thank you, honey."