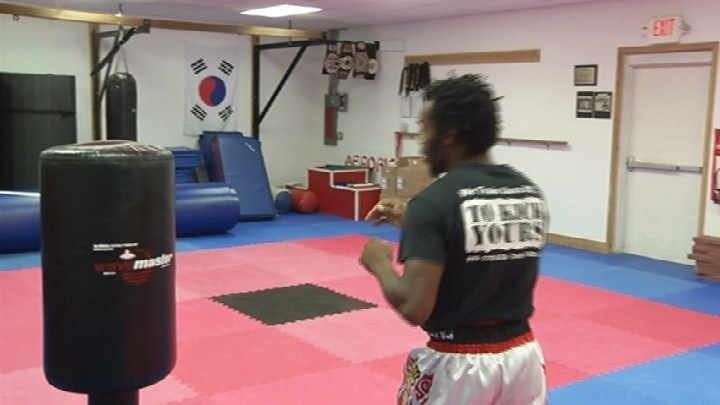 Bridgeport, MI -- The benefits of kids having a strong adult role model are well-documented and one young man is a perfect example of that.

Bahati Hasan is on a mission to become a World Champion but not just in the ring, in life.

"I am doing this because it's allowed me to change my life, to find a path because at first it was blurry. Now I can see what I have," Hasan said.

Hasan said what provided him clarity was a mentoring program called The Power of Dad.

The 22-year-old tae kwon do martial artist said his mentor is the organization's founder Brian Priutt.

Hasan said Priutt taught him he has the knowledge that he can create whatever he wants for his life, but not without commitment.

Mark Kanaar, owner of Che Ko Tae Kwon Do in Bridgeport said Bahati Hasan is one special fighter and an even more special person.

Kanaar said Hasan is always trying to get better and help others do the same.

Thanks to finding the Power of Dad Program, Hasan said he has the mental toughness to fight not only inside the ring, but also help others do the same outside the ring."