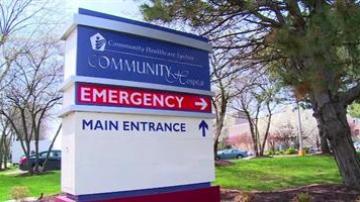 MUNSTER, Ind. -- Doctors at Munster Community Hospital say the patient with Middle East Respiratory Syndrome is expected to make a full recovery. Health officials say the situation is contained and under control.

The patient is a health care worker who lives in Saudi Arabia. He was working at a hospital in Riyadh where there are known cases of MERS.

The patient is the first one in the United States with MERS. He is in isolation at Munster Community Hospital.

Doctors don't believe he infected anyone else.

"The incubation period can be anywhere from 2-14 days with most cases occurring within 5 days and we believe that we have been able to contain the exposure at this point, but out of vigilance we are going to continue to monitor the situation and make sure nothing happens further," said Dr. Alan Kumar, Chief Medical Information Officer, Community Hospital.

Dr Kumar says the patient brought himself to the emergency room on April 28th.

He had flu-like symptoms, but when he told doctors he had recently been in the Arabian peninsula, hospital staff jumped into action.

He told doctors he had flu-like symptoms

But when he mentioned his recent time in the Arabian peninsula--that's when the hospital staff jumped into action.

They've tested almost all of the 100 people on his flight to Chicago as well as the 10 passengers on the bus he took to Munster.

"All the tests of the close contacts have been negative," said Dr. Daniel Feikin of the Centers for Disease Control.

Dr. Feiken says they'll continue to track the passengers, family members and hospital staff for a total of 14 days.

Then they'll repeat the testing to double check.

"At this point, it appears that MERS picked the wrong hospital, the wrong state and the wrong country to try to get a foothold," said Indiana State Health Commissioner Dr. William VanNess II.

Doctors say the syndrome needs close contact to spread through respiratory droplets, like when your nose is runny or you cough or sneeze.