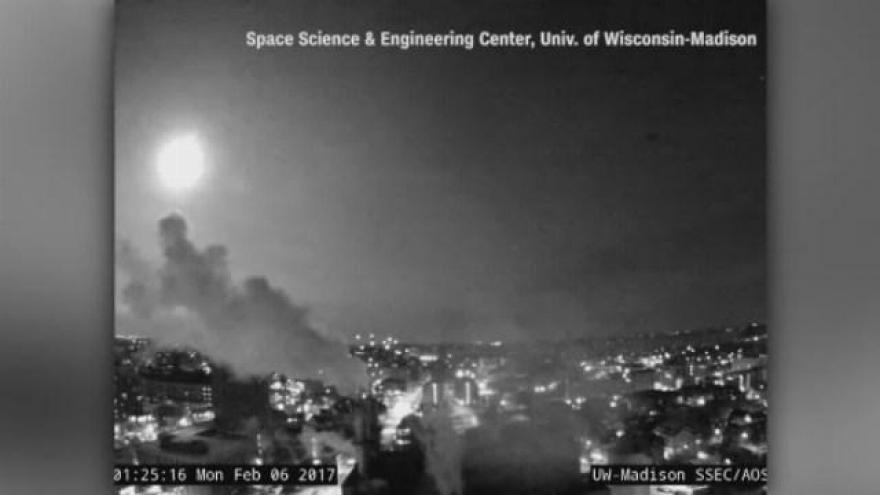 A meteor was spotted in the sky early Monday morning in several Midwest states.

Sightings were additionally reported in Kentucky, Kansas and parts of Canada.

It was even captured on the dashcam of a Lisle (Illinois) Police Department dash cam.

The American Meteor Society, which tracks these events, said some people even reported hearing it as it streaked by.