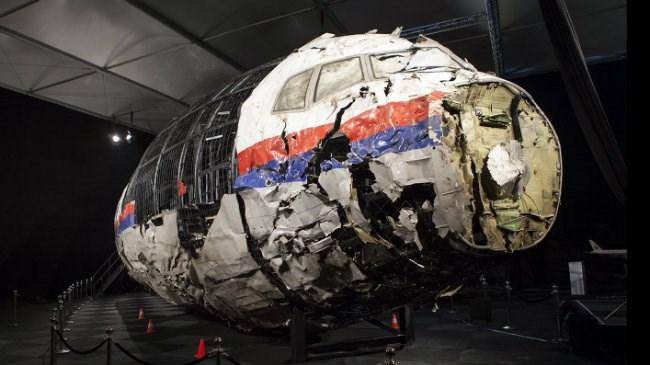 (CNN) -- Malaysia Airlines Flight 17 was downed over eastern Ukraine by a Buk missile brought in from Russia and fired from a village under the control of pro-Russian separatists, a team of international prosecutors said Wednesday.

Speaking at a press conference in the Dutch city of Nieuwegein, Wilbert Paulissen, the head of the Dutch National Detective Force, said there was conclusive evidence that a missile from the Russian-made Buk 9M38 missile system downed the passenger flight on July 17, 2014, killing all 298 people on board.

The Buk was returned to Russian territory the next day, said Paulissen, presenting the findings of the Joint Investigation Team (JIT), a Dutch-led group of prosecutors gathering evidence for a potential criminal trial into the downing of MH17.

"We have no doubt whatsoever that conclusions we are presenting today are accurate," he said.

Ukraine's Ministry of Foreign Affairs said the findings pointed to the "direct involvement" of Russia, and said an investigation was ongoing into specific suspects and their "place in the chain of command" in order to pursue a criminal case.

Russia, which has repeatedly denied any involvement in the downing of the plane, rejected the report.

"None of the missile complexes, including BUK, have ever crossed Russian-Ukrainian border," said Russia's spokesman for the Ministry of Defense, Igor Konashenkov, in a statement.

"All data presented today is based upon two sources -- the Internet and Ukrainian security services. That's why the objectivity of this data, and so of all the conclusions made based on it, leaves us with doubt."

Evidence presented by the JIT Wednesday included intercepted phone calls, witness accounts and material on social media that investigators said established the missile system's route in a convoy into Ukraine, which was displayed in a computer-generated animation.

Paulissen said the missile was fired from farmland near the village of Pervomaysk which was under the control of pro-Russian rebels at the time -- a conclusion supported by satellite data from the United States and the European Space Agency.

Dutch prosecutor Fred Westerbeke said there were about 100 people linked "in one way or another" to the transportation and firing of the Buk, but they were yet to formally identify individual suspects.

He said prosecutors were still seeking a clearer picture around the chain of command: "Who ordered to transport the Buk, who ordered the MH17 to be shot down, if the crew took their own decisions, or were they operating on instructions from above?"

But they believed there was a realistic chance that the perpetrators would be brought to justice, he said.

Investigators said they were not about to make any statement about the involvement of Russia, or Russians, in the downing of the plane.

The findings are the first released by the group, comprised of prosecutors from the Netherlands, Australia, Belgium, Malaysia and Ukraine, in its criminal investigation into the downing of Flight MH17. Nearly 200 of those on board were Dutch citizens.

Family members of the victims were briefed ahead of the public release of the report.

Dennis Schouten, whose brother-in-law and brother-in-law's girlfriend were killed, said he was grateful to the JIT for having put "some of the conspiracies" around the flight to rest.

"We can be sure it was a Buk installation that has brought down MH17," he said.

Schouten said that the findings meant that Russia had "to do some explaining."

"We can surely say they have a part in this story," he said.

He said the key step to get justice for the victims was to identify those responsible for ordering the shootdown.

"They want to get to know their names. That is the most important thing. We know everything else but who."

Piet Ploeg, a relative of another MH17 victim, said "there was evidence before that Russia was involved, but now [we] are sure."

Last year, a civilian investigation conducted by the Dutch Safety Board concluded that the Boeing aircraft was shot down by a Russian-made Buk missile. But the investigation was not required to assign blame for the missile strike, and did not say who was responsible.

Russian Foreign Ministry spokeswoman Maria Zakharova said in a statement Wednesday that the JIT had suspended Moscow from full participation in the investigation, relegating its efforts to only a minor role.

"It sounds like a bad joke, but at the same time they made Ukraine a full member of the investigative commission, giving it an opportunity to forge evidence and wrap the case in their favor," she said.

The statement pointed to radar data unveiled by Russia's defense ministry earlier this week, which it claimed that if the plane was shot down, it was by Ukrainian forces.

"The Ukrainian military hasn't fired a single surface-to-air missile in the entire multi-year conflict because the rebels don't have an air force," he said.

"So the only kind of potentially hostile aircraft they might encounter would be Russian air force jets and the last thing Ukraine wants is to give Russia a pretext for even more overt military confrontation on its soil."

He said the notion that the Ukrainian forces would fire at an airliner that had been in contact with their country's air traffic control and was leaving the country's air space was "just insulting."

In July, Malaysia Airlines settled damages with the families of most of the passengers killed on Flight MH17, an attorney representing some of the families confirmed.

The airline said Wednesday it was monitoring the progress of the JIT's criminal investigation closely.

"We are ensuring that all those affected by this tragic incident are kept fully informed. Our thoughts and deepest sympathies are to the families and friends of the passengers and crew onboard Flight MH17."