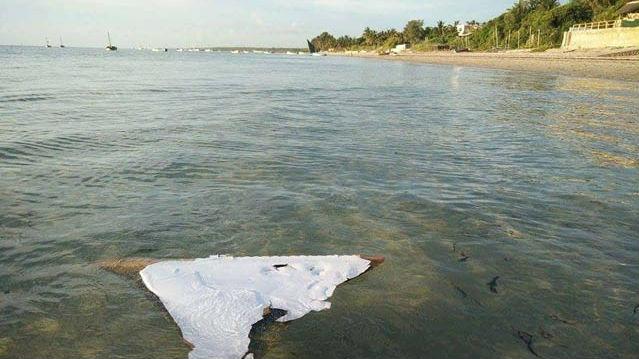 (CNN) - Investigators meticulously examined a large piece of aircraft debris discovered on Pemba Island off the east coast of Tanzania last month, to determine if it belongs to missing Malaysian Airlines flight MH370.

Close-up images believed to be part of the outboard wing flap of the missing Boeing 777, were released by Australian and Malaysian officials on Wednesday.

It has been over two years since Flight MH370 disappeared from radar while en route to Beijing from Malaysia with 239 people on board.

The arduous search for the Boeing 777 is being spearheaded by Australia, in partnership with officials from Malaysia and China.

But collaborative search efforts in the southern Indian Ocean, thousands of kilometers off the west coast of Australia, have failed to find any trace of the plane.

More than 110,000 square kilometers have been searched so far, according to the Australian government's Joint Action Coordination Center.

Debris believed to be from the missing aircraft has also washed up on shores in Reunion Island, Mozambique, Mauritius, and South Africa.

On small as well as large scales, the search for the ill-fated flight is intense.

For example, Blaine Gibson -- an American lawyer -- has been spearheading a self-funded hunt for the missing plane.

He has searched across the Indian Ocean looking for clues to what has become one of the biggest aviation mysteries ever.

Since then, he has notified Malaysian and Australian authorities of the dozens of pieces of possible plane debris he has found off the east coast of Madagascar -- most recently on the island of Nosy Boraha and Riake Beach.

In late June, he and locals he worked with found five pieces that surfaced on Antsiraka Beach, off the waters of the northeast coast of Madagascar.

Gibson claims he found personal effects that could belong to MH370 passengers, and adds he has sent photographs of those effects to MH370 family members and the Aircrash Support Group Australia (ASGA) for possible identification.

The items he found need to be examined by officials, Gibson said. He has given pieces to Madagascar authorities and is hoping Malaysian authorities also get to examine the debris.