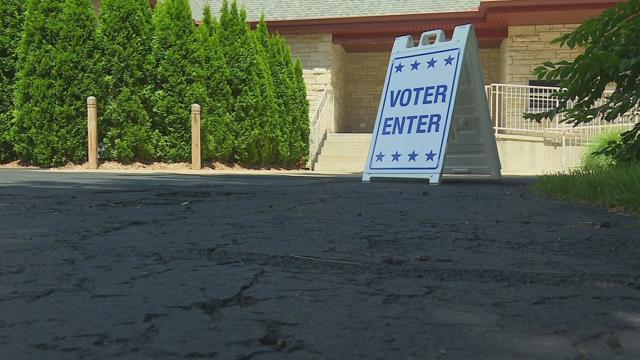 In the city of Niles, a heated race for mayor is underway as three candidates look to take over for Mayor Mike McCauslin, who has held the title since 1999 but has decided not to run for reelection.

Robert Durm is what you may call the establishment candidate. He’s spent the last 21 years on the Niles City Council and has been mayor pro-tem – essentially the mayor’s understudy – for the last eight years.

He added, “Experience is, you know, it’s the difference maker, I think. There’s no substitute for experience.”

Nick Shelton, 30, is the youngest in the trio.

He works for his family's business, Shelton’s Farm Market in Niles, and is hoping his business experience and lack of political experience will bring a fresh perspective to the city’s government.

Shelton added, “He needs to be the face and somebody who can sell that and, as a local business man, somebody who lives and works in Niles, I think I’m one of the only candidates who can actually do that.”

Rex Carpenter is another political newbie who touts his experience of running the Wednesday night car show in downtown Niles as his advantage.

He wants to “trim some of the fat” in the city government and thinks voters will find him relatable.

“I’m not a political person,” Carpenter said. “I don’t have any background in this and, yes, it’s gonna take a long time for me to learn and understand all the little finite rules and everything, but, because I didn’t grow up as a politician, I don’t have to behold to anyone.”

He added, “I think with me being the everyday man, I can do a lot for the city.”

The Buchanan millage renewal helps fund the Buchanan school system, while the Niles Township vote will determine whether or not residents want to continue paying for the Berrien County Sheriff’s Department to patrol their community.

And then in Cass County, the election in the spotlight is for Cass County sheriff.

Current sheriff, Joseph Underwood, will retire in December after serving as chief since 1993.

Combined, the three men have more than 90 years of law enforcement experience under their belts.

In phone interviews, Behnke and Ellis explained why voters should choose them. Cochran did not return requests for an interview.

He added, “If you like the way things are going right now, vote for one of the other guys. If you want to see some change, vote for me.”

Behnke said the following: “The Cass County Sheriff’s Office has a great reputation. I’ve been part of the administrative structure for that administration for 25 years, as far as being a sergeant, a 911 director and undersheriff. We are respected throughout not only the law enforcement community but our home community as well, and I can continue on that path of greatness.”