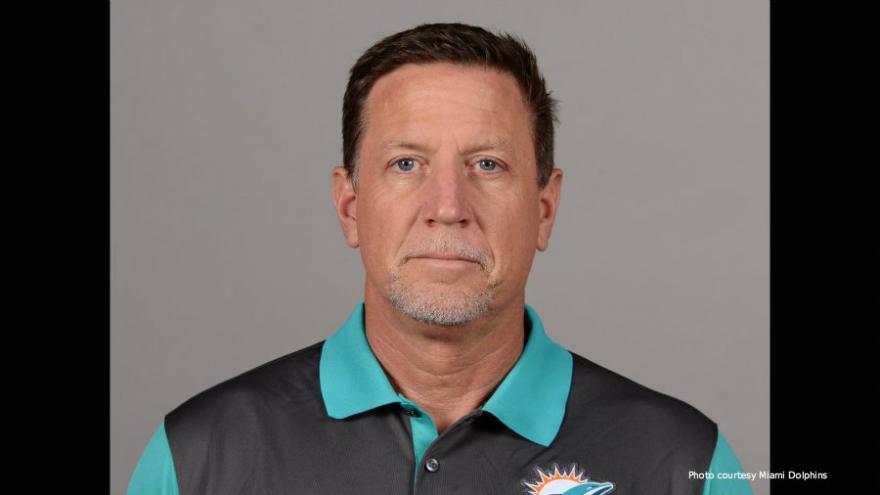 "I am resigning from my position with the Miami Dolphins and accept full responsibility for my actions," Foerster said in a statement released Monday. "I want to apologize to the organization and my sole focus is on getting the help that I need with the support of my family and medical professionals."

According to the New York Daily News, the video was posted to Facebook by Kijuana Nige, but has since been deleted. The post that accompanied the video -- which also has been deleted -- said Foerster sent the video to her "professing his love," the Daily News said.

"The white people mad at me like I forced blow down this mans nose and like I recorded it on tha low," Nige said, per the report. "No those are his habits and he recorded himself and sent it to me professing his love. So quick to make excuses for him but will roast a minority player over an (anthem), dog fights, weed, domestic issues etc. But y'all keep saying ALL LIVES MATTER STFU‼️"

CNN contacted a person via an email account associated with Nige's Facebook page, but the person refused to answer any questions from CNN.

Dolphins' head coach Adam Gase told reporters Monday that he found out about the video at 10:45 p.m. Sunday night.

"I don't think I can say what my reaction was," the coach said.

Gase said he then called Foerster and had a brief conversation with him, during which Foerster apologized. Gase also said he doesn't know the details about when the video was recorded.

"We were made aware of the video late last night and have no tolerance for this behavior. After speaking with Chris this morning, he accepted full responsibility and we accepted his resignation effective immediately. Although Chris is no longer with the organization, we will work with him to get the help he needs during this time."

According to the Dolphins' media guide, Foerster was in the second season of his second stint with the team.

This was Foerster's 25th season working in the NFL. He was the Dolphins' offensive coordinator in 2004.