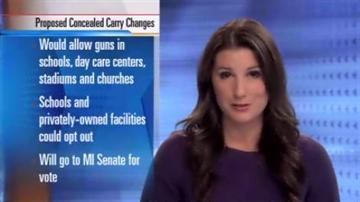 LANSING, Mich. -- The Michigan legislature has officially wrapped up its 2012 session. But not without several last minute votes including changes to the state's concealed weapons law.

Schools and privately owned facilities could opt out of the law.

The bill will move on to the state senate for a vote.