It's a dangerous situation in Florida this morning as Michael bears down on the panhandle and big bend areas. Early this morning, the symmetric eye can be seen offshore with the rain bands crashing onto land over the past few hours. Rainfall in Florida started around 2 AM this morning and will not let up for hours. Evacuation orders have been given for the panhandle a couple of days and all flights in and out of the area have been cancelled until Thursday. 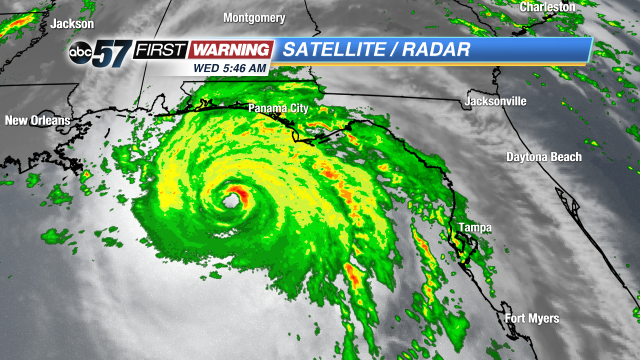 Radar image of Hurricane Michael as of early Wednesday morning.

It'll hold onto its category 4 strength through landfall before weakening. The forecast hasn't changed much over the past 24 hours. It's expected to make landfall this afternoon as a category 4 storm. The last major hurricane to hit the panhandle was Dennis back in 2005 and this should be the strongest hurricane to hit the panhandle in recorded history. Even after landfall, it'll stay classified as a tropical storm over Georgia and the Carolinas. They'll receive 45 mph wind and plenty of rain, which is exactly what they don't need after dealing with Florence a month ago. 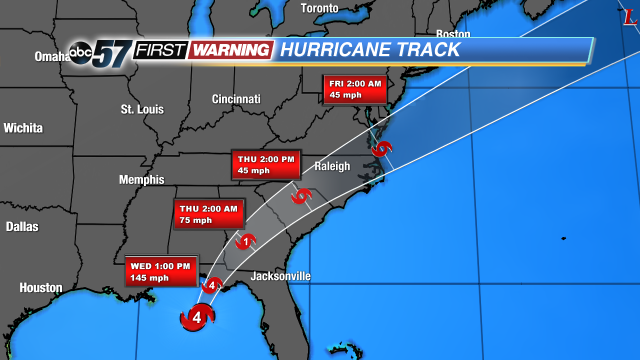 And the effects of Michael will be felt far outside the forecast cone. That's why tropical storm and hurricane watches and warnings from Tampa to mobile, Alabama, and up into southern Virginia. 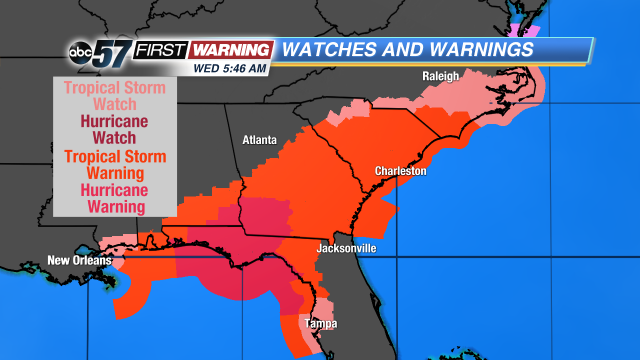 It's definitely a dangerous day in the Florida panhandle as Michael gets closer and closer. It's still a category 4 storm and it's expected to stay that strong when it makes landfall later this afternoon. And the rain has only just begun for the area over the last few hours. Showers started over the panhandle and heavy rain and wind will continue over the region for the next few days. Take a look at these rainfall totals across the southeastern united states. Panama city will be the closest to the expected point of landfall, and they could get up to 6 inches of rain before it's all said and done.

Storm surge will also be a major problem for the big bend area,, east of Panama City. Water levels around that the area are going to climb to 9 to maybe even 13 feet high in some places, leading to terrible flooding. 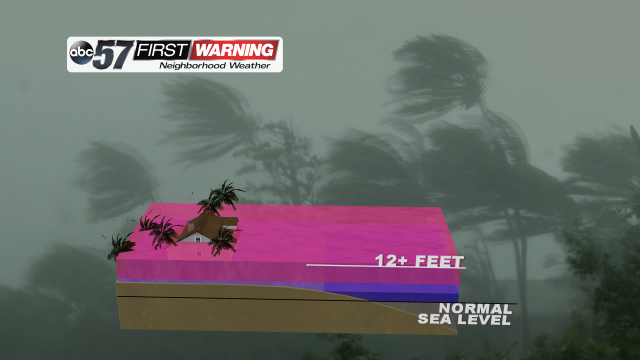 12 feet or more of storm surge could touch the roof of a one-story home. Portions of Florida could see this amount of water rise along with 4 to 7 inches of rain.

But, let's take a closer look at what that means. Storm surge itself describes the excess water that is pushed onshore, similar to a high tide, only much, much worse. Without the excessive rainfall, storm surge levels will climb steadily in the panhandle and big bend areas. At 12 feet of storm surge, the water will be up to the roof on a one-story home. Again, this is without 4 to 7 inches of rain that the area will also see!