Michiana Celtic Festivals goes on without a hitch 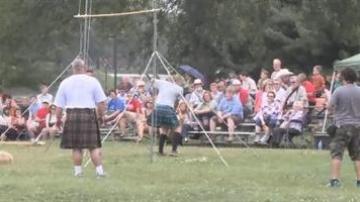 SOUTH BEND, Ind. -- The remnants of Isaac did not put a damper on the annual Michiana Celtic Festival at Howard Park.

Officials had been concerned that they might have to cancel the event in Howard Park due to the threat of severe weather.

But mother nature held off so folks could still compete in the Scottish Highland Heavy events.

"It's been a great crowd. We've had a good day," Joe McPhie, a trainer, a said. "It was a little humid, but the sun's stayed away so it's not been bad at all."

Sunday's competition included the haggis hurl and the keg toss.

Folks also got to check out ancient weapon demonstrations and traditional Scottish fare thanks to Fiddler's Hearth.