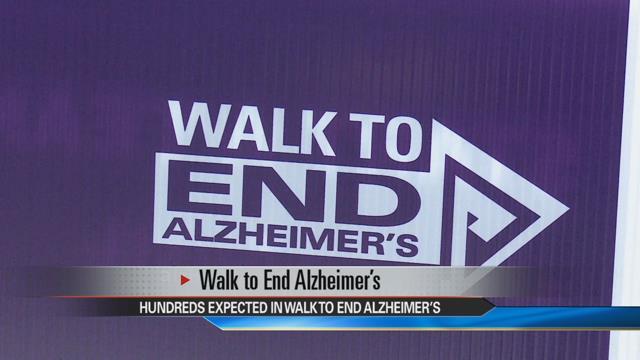 The Michiana community is coming together to find a cure for a disease that effects millions of Americans. Hundreds will walk today to raise awareness for Alzheimer’s disease.

The Alzheimer’s Association’s ‘Walk to End Alzheimer’s’ is the country’s biggest event to raise awareness and money for the disease. Twelve Indiana cities host the event every year, including South Bend.

“This walk has been in Michiana for several years. It keeps growing every year we have better turnouts every year we seem to be getting the word out there and I think it’s affecting more people,” said Jim Hummer, from Michiana’s Walk to End Alzheimer’s.

The local community has contributed a lot to finding a cure. Last year alone, Michiana’s walk had 425 people and they raised a total of $43,000.

“We have a lot of families come out that walk for someone within their family that either at this time has Alzheimer’s or maybe has passed away due to Alzheimer’s, so they’re very passionate about,” Hummer said.

“But then, we also have people that are passionate just for the fact that Alzheimer’s is a growing disease that is affecting more and more people,” Hummer said.

Registration for the walk begins at 1 P.M. at Potawatomi Park in South Bend. An opening ceremony kicks off at 2:15 P.M. and the walk will follow.