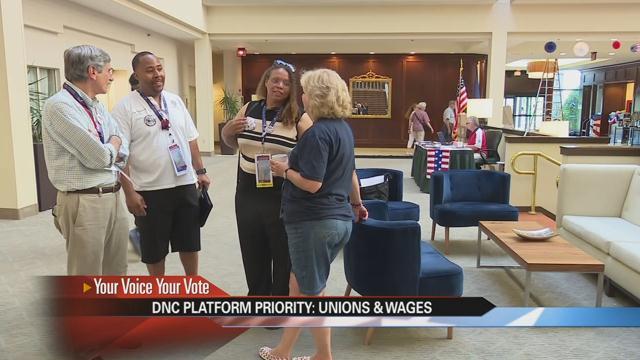 The labor council has been meeting all week and job security is top priority on the Democratic Party’s platform.

Jobs have been a hot topic at the D.N.C. and a local delegate says he has seen Hillary stand up for struggling Hoosiers.

Michiana delegates were recapping all the hype at the D.N.C. Wednesday morning and many enjoyed Bill Clinton’s speech, which highlighted Hillary Clinton’s decades in politics.

Joe Taylor of South Bend is the president of UAW Local Five and says Clinton’s record of supporting working class men and women makes a vote for her in November a no-brainer.

“She stood on the front line with workers throughout her whole career so what she does for me is give me confidence that when she is elected to the white house we have somebody that will listen to us. We have a voice,” said Taylor.

Taylor says he is looking forward to seeing President Obama talk about how he plans to pass the gavel onto Clinton.