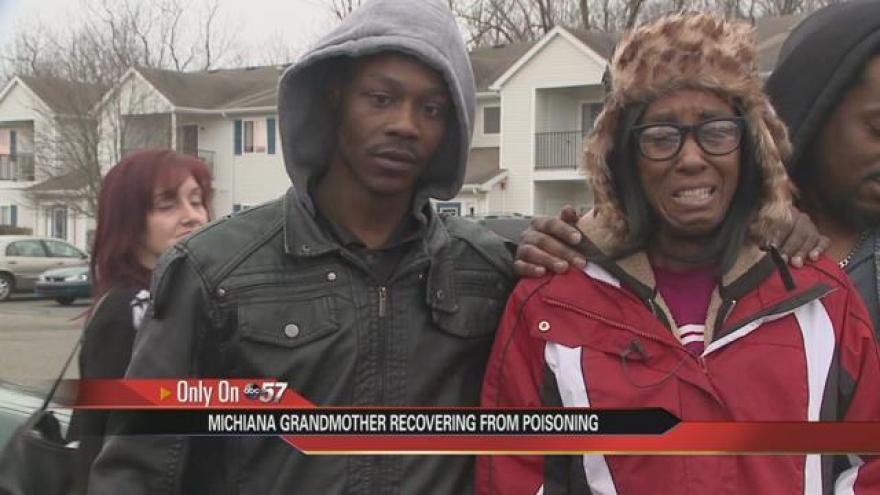 A Michiana grandmother is recovering after a weekend she wishes never happened.

Tonyetta Thomas was one of several people sent to the hospital after Saturday’s deadly carbon monoxide poisoning in Niles.

On Sunday, she spoke exclusively with ABC 57 News, sharing exactly what happened inside that hotel.

Thomas says she was the only employee who rushed to the pool when disaster struck.

Thomas was just released from the hospital Sunday afternoon and surrounded by her close friends and family, she recalled Saturday morning’s horrific scene.

Thomas has worked at the Quality Inn in Niles, since June.

“I clean the rooms, help with breakfast area, do a little bit of everything,” said Thomas.

But Saturday morning, the hotel housekeeper took doing a bit of everything to an entirely new level.

“I knew something looking funny so I went to see what was going on and I went in there found all the kids laying out,” said Thomas.

Thomas, who has several children and grandchildren of her own, rushed to the hotel’s indoor pool, where half a dozen children were sprawled out and unconscious.

“Looked like they was dead laying there, try to wake them up sooth them and comfort them all I could do till I got sick myself,” said Thomas.

By the time police and paramedics got there, Thomas had already inhaled too much carbon monoxide.

She, along with several other first responders and children were rushed to area hospitals.

Poisoned and very sick, Thomas could only think about one thing.

“I mean  seeing them babies lay there it was hard to see them lay there and not help it was I still think about it it’s not so much my health I worried about them babies and one of them passed away and that’s even harder you know,” said Thomas.

Thomas is of course talking about 13-year-old Bryan Douglas Watts.

“I wanna say for Paula Watts I’m sorry about your baby I’m sorry I tried I’m sending out my condolence,” said Thomas.

Some of the kids who were spread out on the floor of the pool are actually related to one of Thomas’s daughters.