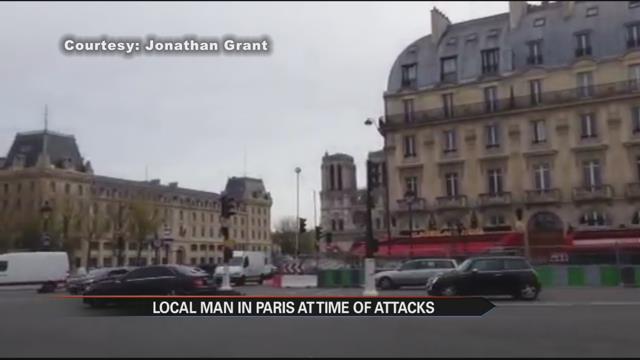 A new Facebook tool that was launched last year was activated Friday during the Paris terrorists attacks.

The "safety check" feature allowed Facebook users in Paris to notify friends and family that they were safe. Those friends and family members would then receive the notifications. To this date, the feature has only been activated five other times and those were for natural disasters.

The Facebook feature was used by a Mishawaka native who currently lives in Paris.

"I had hundreds and hundreds of Facebook messages, and texts, and calls finding out if I was okay and to just see what was going on here. I feel very loved and supported from people back home," said Mishawaka native Jonathan Grant.

He said this feature has been very helpful to let his friends and family know he is safe along with him being able to find out his friends are safe.

He has been going to Paris off and on for about eight years now but made Paris his permanent home about four months ago.

Since being in Paris, he has worked as a Freelance Editorial Director as well as done work with Asbury College. He said he has always felt safe in Paris.

"I am on the left bank, in the very center of Paris and this happened a little ways east, on the right bank.  So the other side of the river, probably about a 25 minute walk to most of these places  from where I am. I'm very safe.  I know that doesn't seem like a far distance, but it’s enough to make me feel like it’s the other side of the city,” said Grant of the location of the attacks.

He was out with friends when he heard of the news.

"I was at dinner with a bunch of my neighbors next door and when I got back, that's when I found out that, about the shootings and bombings. We all opened up our windows and talked to each other across the street to tell what was going on and who was affected," Grant added.

He described the area of the terrorist attacks.

"The areas affected are very, a combination of young professionals, young creatives. They're very hip areas. It’s also kind of working class. They're not huge centers for tourists. I've seen some news reports that have said that they're very big tourist areas. Those aren't really tourist areas. They're kind of out of the main group of tourism and they're not hugely populated," he added.

Grant added that Paris had a curfew last night which meant that people were not allowed on the streets.