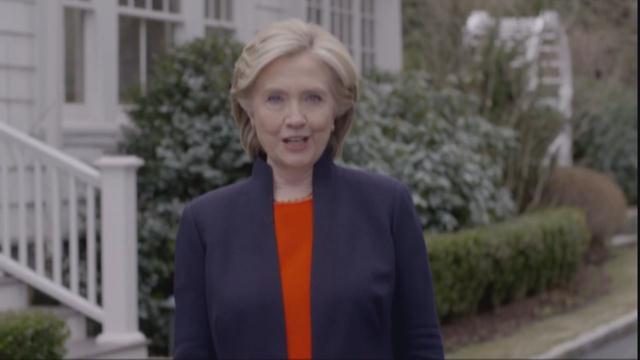 It's official, former Secretary of State Hillary Clinton announced her bid for the 2016 presidential elections.

And so far reactions have been mixed.

While many Democrats are relieved the rumors are finally true, Republicans say they aren't ready for Hillary.

"I'm getting ready to do something too, I'm running for president," said Clinton in the video.

And local Democrats believe her chances of securing the Democratic nomination and winning the general election are great.

"I think Hillary Clinton could beat anyone of them and would be a better president than any of them and is ready to be president," said Critchlow.

Some people nationwide however disagreed.

The hashtag #WhyImNotVotingForHillary was trending worldwide.

Over 20,000 signatures filled an online petition encouraging voters against Clinton.

Indiana's Republican Party is one of the groups pushing this movement.

And in Michigan, the Republican Party released a statement just minutes after her announcement saying in part:

"Hillary Clinton has been pushing her liberal agenda in Washington for over two decades. During these years, voters have come to associate the word "scandal" with the name 'Clinton.'"

"I think there are much more important things that working families are going to be caring about this upcoming election than some emails," said Clitchlow.

"If the elections today she take St. Joseph County easily," he said.