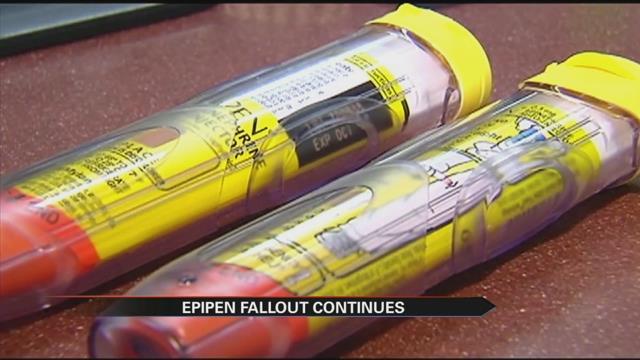 U.S. Senators are demanding answers wanting to know why a life-saving drug went up by 500%.

Senator Joe Donnelly along with 19 other senators signed and sent a letter calling out the pharmaceutical company Mylan for increasing prices on the EpiPen.

Since all the negative attention that company did say it would handout coupons and create a generic version.

Those in the industry say that is not enough and this is an ongoing issue.

“EpiPens have always been a very expensive product,” says Eugene Valdez, a Pharmacist with Heart City Health Clinic in Elkhart.

Valdez has been a pharmacist for 19 years and says the majority of the patient’s the clinic sees today are uninsured or low income.

Valdez adds the cost the cost of the EpiPen is a significant problem for a good number of patients.

“They are very, very important for the people who do need them,” says Valdez.

The company who makes the drug, Mylan announced Monday it will release a generic version at $300.

“For a lot of our patients and a lot of uninsured patients across the board $300 is almost equally as unaffordable as $600 dollars,” says Valdez.

Just as Valdez questions how beneficial the price change will be senators across the country including Senator Joe Donnelly have their own questions.

On Tuesday the senators sent a letter to Mylan demanding answer by mid-September.

The Senators asked question like “how does the company justify the 600 dollar cost to patients and “what is the time line for the generic version to come out?”

While they wait for answers those with severe allergies may not find much financial relief in the proposed generic version.

“If it’s a single sourced generic that is to say only one company is making that generic, it’s still going to be significantly expensive. Until it’s a multi sourced generic where multiple generic house are making it the cost will still be a significant barrier,” says Valdez.