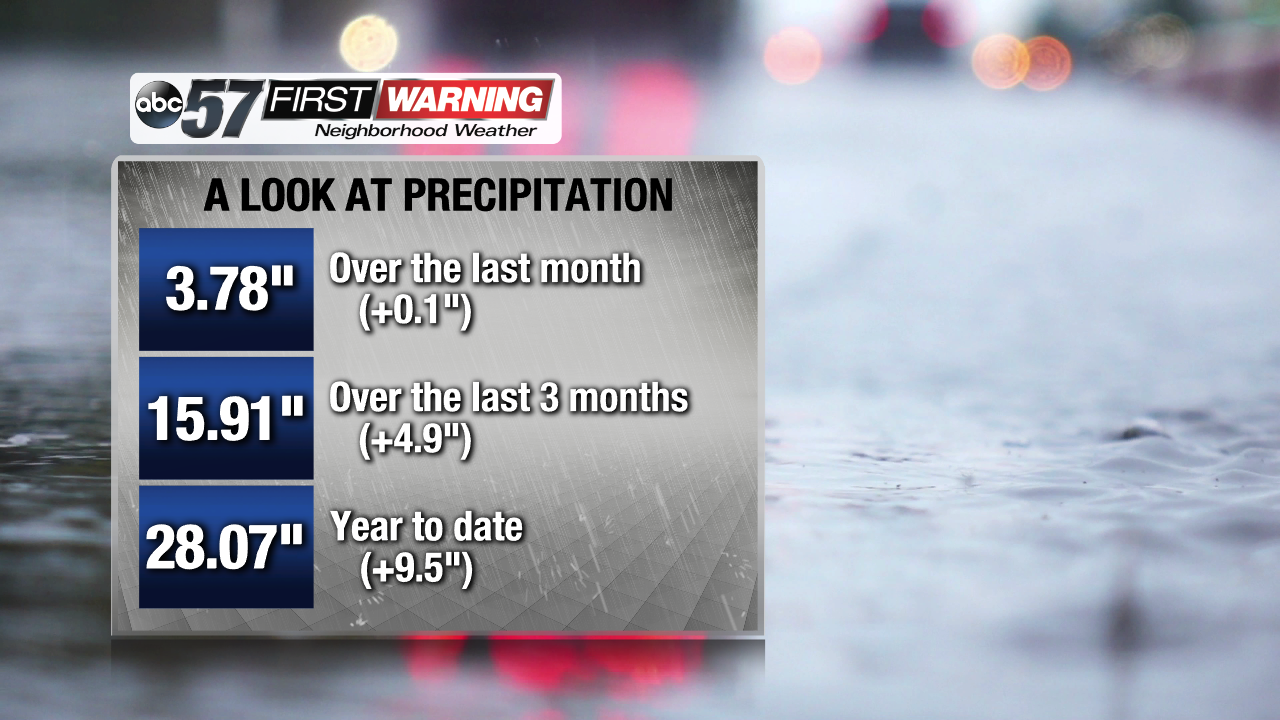 Looking back at the first half of the year, Michiana was no stranger to wet weather. February and May were both record-breaking months with each seeing more than 8" of precipitation. Through July 11th, South Bend has seen over 28" of precipitation, which is 9.5" above normal to this point. That is quite a bit of rain! Even looking at just the last three months, South Bend is nearly 5" above normal. So, why are we discussing abnormally dry weather and the potential for drought conditions to settle in? 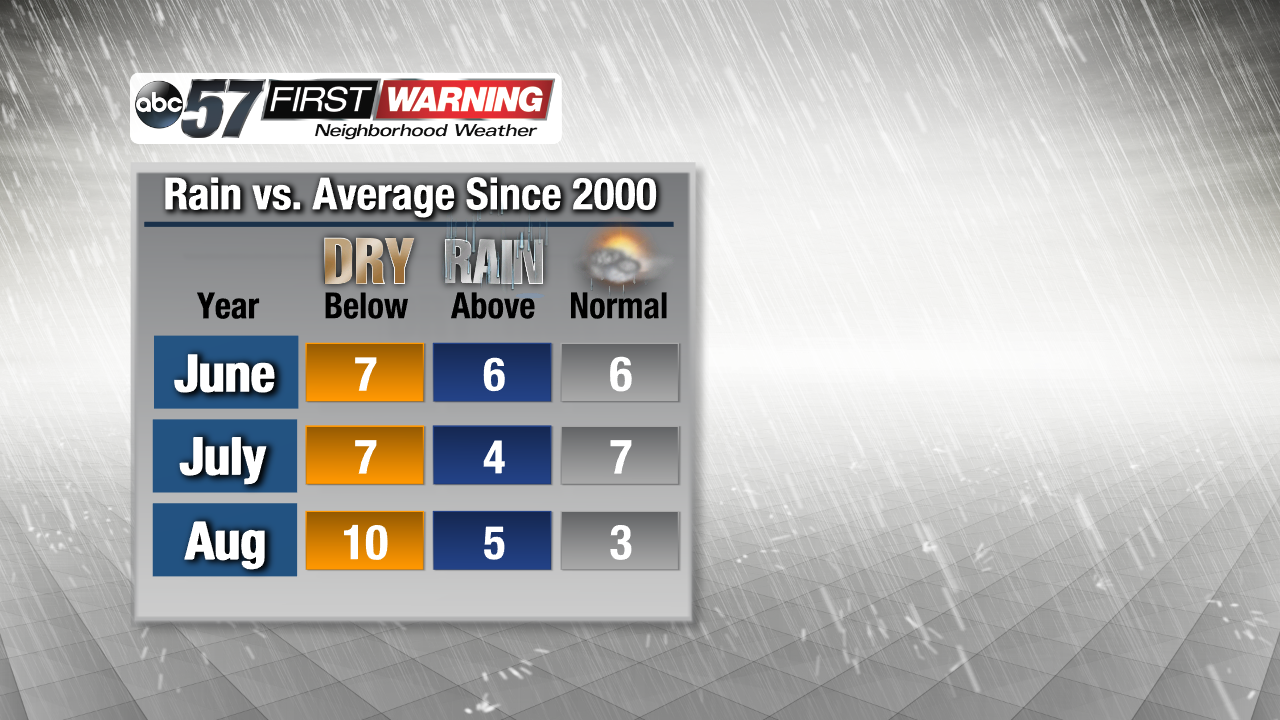 It boils down to the lack of rain since June 23rd. July has especially been dry thus far. And, unfortunately, we may not see a drop of rain until Sunday night. If that is the case, it would put us near the top of the list for the driest first half of a July ever. It's completely random, though. Dating back to 2000, both June and July have seen roughly the same amount of wetter-than-normal, drier-than-normal and normal occurrences. In other words, there's no direct pattern when it comes to how wet or dry a June or July will be. That changes a little when looking at August. More times than not, August winds up being drier-than-average when looking at the 21st century. Of course, this would not be good if July continues to be abnormally dry. 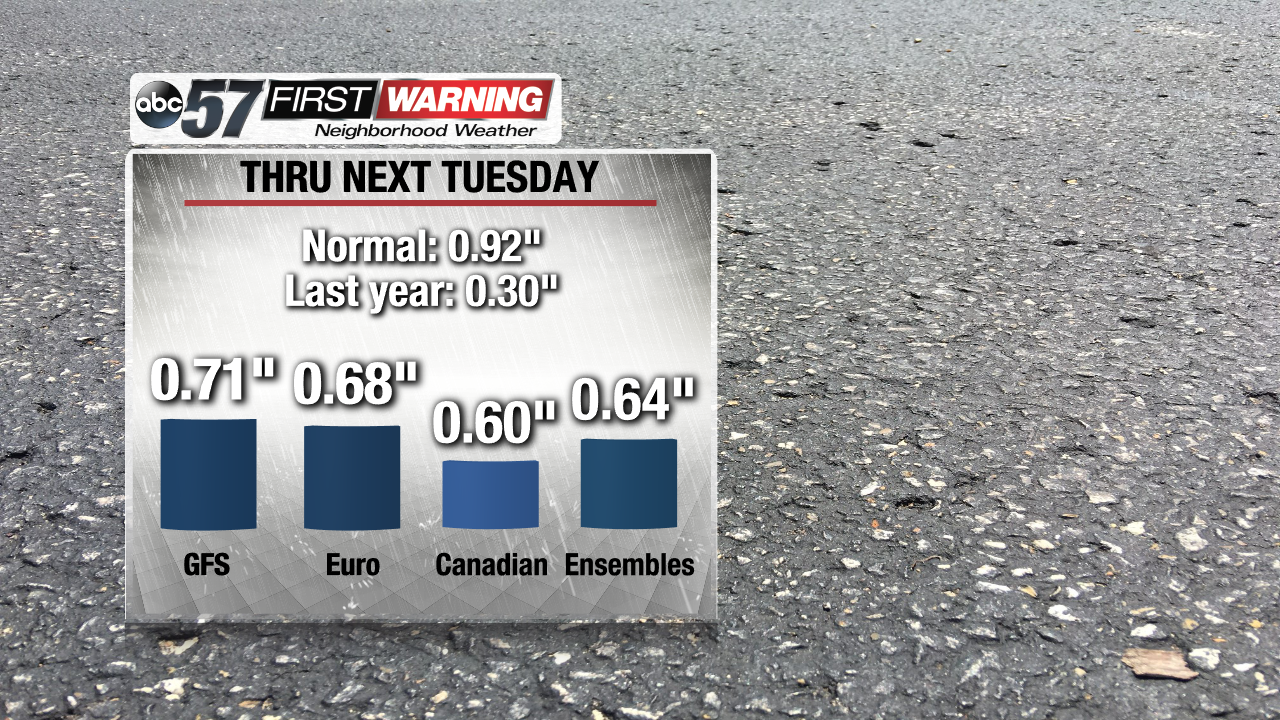 So, will we break the dry pattern any time soon? As stated above, the next "good" chance of rain won't arrive until late in the day Sunday in all likelihood. Even that is no guarantee. Only Monday has a rain chance above 50%. That is due to a strong cold front that is set to push through Monday into Monday night. Some leftover rain showers are possible through the first half of Tuesday. Total rainfall from this evening through the end of day next Tuesday will likely be in the 1/2" to 3/4" range. That is below normal for the July 11-17th period. Beyond next Tuesday, conditions look to return to being dry.

Even the rain we do wind up seeing Monday won't be entirely beneficial. That's because the soils are so dry that when rain falls, it doesn't all get absorbed by grass, trees and plants. Let's hope for some lighter showers mixed in with the heavier rain and storms that move through with Monday's cold front.